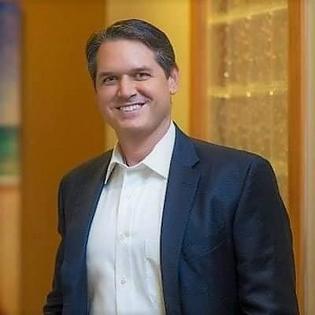 Byrd, an attorney, has sponsored some of the most controversial bills in the Legislature in recent years, and he sided with DeSantis in an ongoing intraparty dispute over the state’s congressional maps.

In a statement, DeSantis touted bills Byrd has sponsored in recent years that were some of the governor’s top priorities, including 2019 legislation banning so-called “sanctuary cities,” a 2020 bill requiring that some employers check the immigration status of new workers and broad anti-rioting legislation in 2021.

“Cord Byrd has been an ally of freedom and democracy in the Florida Legislature, and I am confident he will carry that mission forward as Secretary of State,” DeSantis said. “I look forward to his successes ensuring Florida’s elections remain safe, secure and well-administered.”

Byrd, 51, said in a statement that he will “make sure Florida continues to have secure elections and that we protect the freedom of our citizens in the face of big-tech censorship and ever-growing cybersecurity threats.”

The Friday announcement comes a day after Secretary of State Laurel Lee, a former federal prosecutor and Hillsborough County judge, announced she was leaving the office on Monday. She’s widely believed to be running in Congressional District 15 as a Republican.

Lee received bipartisan praise during her tenure as the state’s election chief, advancing DeSantis’ controversial election measures while staying out of the political fray. The 2020 election was one of the state’s smoothest in recent memory, and the president of the association representing the state’s elections supervisors called her departure a “horrible loss.” Florida’s secretary of state earns a salary of $170,000.

Since joining the Legislature in 2016, Byrd has served on the House’s Public Integrity and Elections Committee. When a protest broke out in the House gallery during a floor debate over this year’s abortion bill, Byrd turned around and cursed at Black Democratic colleagues, considered a major breach of decorum.

Afterward, Rep. Angie Nixon, D-Jacksonville, called Byrd a “racist” and called for his censure. Byrd responded by calling her a “one-trick pony” who routinely calls her opponents white supremacists, according to Florida Politics.

WASHINGTON — Census miscounts in Texas and Florida may have been big enough to cost those states a congressional seat this decade, and may have helped states such as Rhode Island keep a seat, according to data in a ...Read More

ATLANTA — In Georgia’s first post-Trump primary election, unprecedented waves of voters have already swept into polling places — most of them Republicans.

Early voting turnout is nearly three times as high as the ...Read More