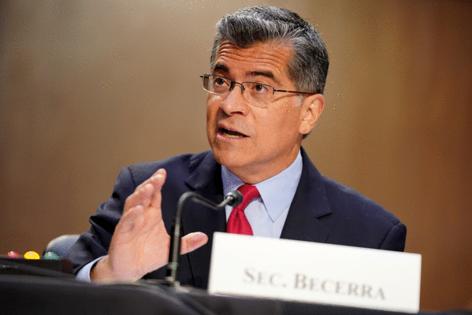 President Joe Biden’s administration has announced that it’s accelerating the distribution of 1.8 million monkeypox vaccines. While a positive development, it can’t paper over the government’s multiple missteps in responding to this crisis.

Symptoms of monkeypox, a virus from the smallpox family, include fever, headaches, chills, a sore throat and a rash that can evolve into painful lesions inside the mouth and other sensitive areas. Although so far there have been no U.S. fatalities, the virus can last for two to four weeks and is said to cause excruciating pain. The number of infections is rising, now standing at more than 17,000 nationwide. Even as early hot spots New York City and Los Angeles County see infection rates fall, new cases continue to increase across much of the rest of the U.S.

If the COVID-19 pandemic has shown anything, it’s that a public health emergency of this kind requires two things: efficient distribution of resources to mitigate the outbreak, and clear communication with the public about the risks involved. When it comes to monkeypox, Biden’s administration fell short on both counts.

From the start, federal mitigation efforts were slow and often hapless. In June, with the initial outbreak underway, the Department of Health and Human Services waited weeks before placing an order for vaccines with the small Danish company that manufactures them. With other orders already in its pipeline, the company said it would be months before it could bottle the doses — which the government already owned — for distribution. Officials don’t expect to receive the full 5.5 million doses they’ve ordered until sometime next year.

Meanwhile, the Food and Drug Administration dawdled for nearly two months before inspecting the same Danish company’s new pharmaceutical plant where an additional 1.1 million doses were stored awaiting distribution. Its inspectors didn’t arrive until July, by which time U.S. cases had soared. It didn’t help matters that the U.S. had previously allowed 20 million doses in its own national stockpile to expire, leaving just 2,400 available at the start of the outbreak.

Compounding these early blunders, HHS adopted a novel method of distributing what vaccines it had. In prior outbreaks, it had used a system called VTrckS, which was run through the CDC and integrated with state databases that tracked all orders and doses. For monkeypox, HHS chose a new system that bypassed the CDC and state systems and required officials to track orders manually. The predictable result was confusion, errors and yet more delays.

Underlying all these missteps has been a lack of leadership. Yet rather than accept responsibility and demand better, HHS Secretary Xavier Becerra has simply tried to deflect blame to state health agencies.

As for communication, the administration’s response has been no better. Most crucially, health officials have repeatedly failed to speak honestly to the public about monkeypox. The current strain of the virus spreads mostly via sexual contact and almost entirely among gay men, who account for 98% of cases. Yet health experts have consistently minimized this key behavioral fact in favor of a more benign warning that “anyone” can be infected via “skin-on-skin contact.” Although technically true, this is misleading and irresponsible. The CDC’s monkeypox FAQ doesn’t even mention that gay men are uniquely susceptible.

This reluctance to be direct and precise is said to be due to fear of stigmatizing gay men, in an echo of the early days of the AIDS epidemic. That’s surely a fair concern. But protecting the public — especially the communities most vulnerable to infection — must be the top priority of health officials. Using such evasive language simply patronizes the people it’s intended to help.

It’s fair to say that the past few years have presented public-health officials with unprecedented challenges. But that’s no excuse for repeating mistakes and failing to learn obvious lessons. Biden needs to show leadership in this crisis, and demand far better.

The world of abstract art is a mystery to me, as I imagine it is for most people.

When you're talking about colorful splotches on a canvas, what invisible committee decides that one person's talent towers above another's?...Read More

You might come across the remnants of a tramway or a pile of mine tailings or a rusted tank — if you know where to look in Death Valley National Park, Wrangell-St. Elias Park and Preserve in Alaska, Glacier Peak ...Read More

On Wednesday, Hurricane Ian bore down on Florida’s Gulf Coast, closing schools and airports, prompting evacuations and adding to the problems of the hardworking people of the Sunshine State.

Four years after voters set a modern record for turnout in a midterm election, they seem poised to do so again.

Or at least come close.

The most recent NBC News poll, consistent with other surveys, found 64% of those ...Read More