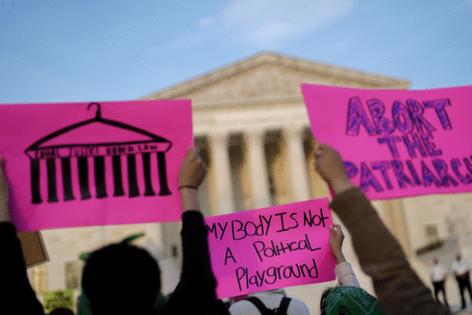 There’s something admirable in the consistency of abortion’s most ardent opponents.

If a fertilized egg is a full-fledged human life, its destruction is indeed no different from the murder of a post-natal person. Thus, a proposed Louisiana law that classifies all abortions as homicide has a logical consistency difficult to gainsay.

If a fertilized egg is a person, then anti-abortion laws that make no exception for rape or incest make sense. If a teenage girl is raped and impregnated by her father, this cruel crime does not impinge on the right to life of the person in her womb.

In fact, it was refreshing to read Matthew Walther’s strikingly honest assessment of a post-Roe America in last week’s New York Times. His thesis is encapsulated in the headline: “Overturning Roe Will Disrupt a Lot More Than Abortion. I Can Live With That.”

Walther admonishes his fellow opponents of all abortions to face up to the realities of a post-Roe world. He acknowledges research that suggests that America without abortion will mean more single teenage mothers, more pressure on welfare programs, higher crime rates, lower student test scores and, as Walther puts it, “goodness knows what else.”

He encourages anti-abortionists to support more generous provisions for mothers and children, but in a candid admission he says, “No matter what we do, in a post-Roe world many children who would not otherwise have been born will live lives of utter misery, and many of our fellow Americans will be indifferent to their plight.”

Is there any threshold at which the negative effects of reversing Roe v. Wade — diminished economic growth, lower test scores, children living in utter misery — would move Walther to reconsider his committed stand against abortion? He says, “For me, the answer is no.”

Such self-assured, unquestioning commitment to the moment personhood begins can have only one source: religion. Atheists and secular humanists may struggle to identify the moment “life” begins but many religious people are able to rely on the doctrine of their faith. Walther’s faith is Catholicism, and he’s the editor of The Lamp, a literary journal devoted to “consistent, undiluted Catholic orthodoxy.”

Of the five Supreme Court justices most likely to vote to overturn Roe, four (Barrett, Kavanaugh, Alito, Thomas) are Catholics. The fifth (Gorsuch) is an Episcopalian who was raised and educated as a Catholic.

These justices’ legal perspectives happen to reflect their faith, which holds that all abortion is a sin. Consistency between their religious positions and their legal positions is not surprising, but it’s also not inevitable: Justice Sotomayor, also a Catholic, will likely vote to uphold Roe, and the jury is still out on Chief Justice Roberts, a Catholic, as well.

We often talk about abortion in terms of the viability of the fetus, but the real issue is when the fetus — or embryo — becomes a soul. This is a religious question, not a medical question. And other deeply religious people, including members of mainstream Protestant denominations, do not share these justices’ faith that personhood begins at conception.

Jews, for example, believe that for the first 40 days of pregnancy, the embryo is “mere fluid.” Then the fetus is a part of the woman’s body until birth. Not until the head emerges into the world is the baby considered a “nefesh,” a soul or spirit.

Both views — a soul at conception or a soul at birth — are extremes, but the Jewish view is just as logical and scripturally respectable as the conventional Catholic view.

It also has the practical advantage of solving the problem of fetuses conceived as the result of rape or incest. It simplifies the complex choice between the life of the fetus and the health of the mother. And the Jewish view helps make sense of the million spontaneous miscarriages that occur in the U.S. every year. Jews don’t have to worry about what happens to all those souls.

Unfortunately our notional wall between church and state is about as porous as the wall on our southern border. But we can’t escape this question: Why one religion and not another?

Some of the most harrowing testimony in the congressional Jan. 6 hearings has come from Republican officials in battleground states who endured tremendous pressure from Donald Trump and his allies to help overturn the 2020...Read More

Did you hear the one about the Republican Senate candidate who suggested killing any Republican who isn’t deemed conservative enough? It’s a real knee-slapper. Especially with recent horrendous mass shootings, public ...Read More

This July 4, try eating green when you celebrate the red, white and blue. Environmental scientists say that phasing out animal agriculture and eating vegan is “our best and most immediate chance to reverse the trajectory...Read More

In my first journalism job, I wrote two obituaries and edited 17. They were about the classmates and teachers who died in the mass shooting at my school.

In my first journalism job, I hid from an active shooter inside the...Read More

The last few years have seen one distressing news story after another about the scourge of plastic waste: Single-use plastic packaging dumped in the ocean is killing sea animals who mistake it for food. Elephants in Sri ...Read More