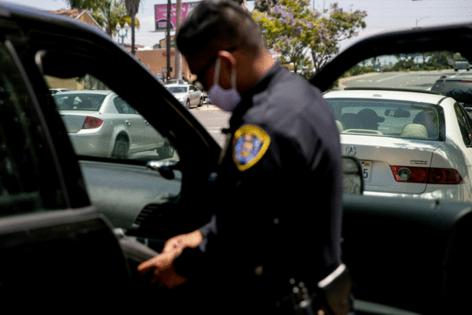 I first shot methamphetamine when I was 17. As an abused child seeking relief from trauma and stress, I’d turned to alcohol at age 12 and had used numerous drugs to excess before sticking that needle in my arm. In 1979, at age 18, I was arrested for possession of meth and syringes.

Knowing I was a good student headed to college, without a prior criminal record, the judge reduced the charges to disorderly person, which was below a misdemeanor. As a result, I was not incarcerated. And when he sentenced me, the judge ordered that my record be expunged if I did not get convicted for the next few years. I also was allowed to leave New Jersey to attend college in California, after a one-year delay, even though I still was on probation. The criminal justice system showed me mercy and allowed me to build a life.

I regained a bit of control over my drug use in college, until I succumbed to a severe meth addiction that lasted from my senior year until I was 32. During that decade, I carried meth with me every day. I was pulled over for tickets multiple times and was in car accidents that involved police response. But the police never searched me. Not even when I had been awake for days and looked like a tweaker, with a scabby face and twitchy hands.

While I had to work hard to build a robust recovery foundation, as everyone does, my University of California, Berkeley education allowed me to reenter the workforce with relative ease.

I then graduated from Berkeley Law at nine years sober, at the age of 42. When I applied to obtain my law license, due to the expungement, I had a clean criminal record. It was the same years later when I had to pass a security screening to become a federal administrative law judge. Had I had an extensive arrest record, I likely would not have been appointed a judge, despite my 20 years of sobriety at that point.

My drug addiction story has been a humbling series of breaks, granting me second and third chances.

That wasn’t luck. Based on the data, I am confident I benefited from the white color of my skin.

People of color experience discrimination at every stage of the criminal legal system. They are more likely to be stopped, searched, arrested, convicted, harshly sentenced and saddled with a lifelong criminal record. This is particularly the case for drug law violations.

Black men in California are 42% more likely, and Latino men 32.5% more likely, to be sentenced to prison than white men with similar criminal records and convictions.

I do not mean to suggest that the most significant impact from these racial disparities is that I was able to become a judge and those with notable criminal records cannot. The consequences of racial discrimination and white privilege in my life are trivial compared with the effects for victims, which include limited job opportunities, the break-up of families, lost years spent in jail or prison, and the trauma associated with knowing your community does not receive equal or fair treatment.

I am proud of my accomplishments and appreciate that my hard work, on my recovery and professionally, was a prerequisite to my judicial appointment. Still, I also am aware that this success almost certainly would not have been possible had I been a different color.