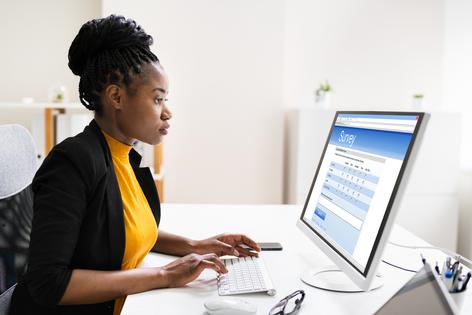 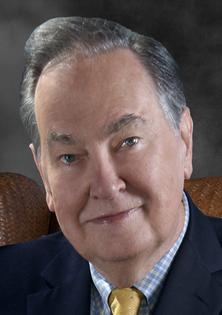 There’s an old joke about a fictitious poll taker who asked people what they thought about ignorance and apathy when it comes to politics and elections. One respondent said, “I don’t know, and I don’t care.”

I thought of that joke after seeing a recent YouGov poll. It shows a vast gap between what people believe to be true and what is verifiably true.

Here are a few examples. According to the poll, transgender individuals make up just 1 percent of the U.S. population, yet people believe the estimated proportion is 21 percent. Only about 1 percent of U.S. households earn more than $500,000 a year, but the survey shows respondents believe 26 percent earn more than that amount.

Three percent of the U.S. population identify as gay, lesbian, bisexual or transgender, but the survey shows people think the figure is 30 percent. The Black population of the country is 12 percent, but people surveyed think it is 41 percent. Hispanic? The actual number is 17 percent, while the perception is 39 percent. It is the same for atheists: 3 percent (actual) vs. 33 percent (perception).

What accounts for this vast disparity between perception and reality? It can only be the news and entertainment media and what they choose to highlight, as well as the bias they bring to subjects and issues they seek to promote, denigrate, or ignore.

As James Freeman recently noted in The Wall Street Journal: “The current custom in journalism holds that legislation sponsored by Democrats carries the title preferred by Democrats, while a Republican-sponsored bill carries the title preferred by Democrats.” He cites President Biden’s “Build Back Better” proposal, which is about raising taxes and increased spending. The media call the measure by his preferred label. Compare that to “Florida’s new law shielding 7-year-olds from state-sponsored gender identity,” which the media and activists insist on labeling the “Don’t Say Gay” bill.

Numerous other examples could be mentioned, including the media’s propensity to use words like “hard right” and “extreme” when they mention conservatives, but often decline to attach the word “liberal” or “hard left” to people whose policies and views fit that description.

Variations of this quote have been attributed to different people, but it sums up the problem when it comes to the public’s understanding of major issues: “Never underestimate the ignorance (or stupidity) of the vast American electorate.” That sounds cynical but given how some elections have gone based on what people think is true (but often is not) it has the ring of credibility. President Biden campaigning as a “moderate” is another example of falsehood vs. reality.

People applying for a driver’s license must take a written test to prove that they know the rules of the road. Those seeking U.S. citizenship must prove they speak English and have a basic knowledge of civics, the Constitution, and a familiarity with U.S. history. To earn a degree, students must pass written tests and for advanced degrees make a verbal defense of their thesis. Only when it comes to voting can someone cast a ballot with no knowledge, or incorrect knowledge, about the candidates and issues.

While I’m not suggesting mandatory tests before people can vote, which smacks of Jim Crow laws that discriminated against Black people, it would help strengthen democracy if an effort was made to ensure that voters have at least a minimal understanding of issues and candidates before they cast their ballots.

How this could be done without the imposition of one’s own perceptions is key. I am open to suggestions, but the system we have now could be improved if people had a better understanding of economic, political, and cultural issues than what they get from major media.

Perhaps Elon Musk’s purchase of Twitter will help swing the scale in the direction toward reality.

Florida Governor Ron DeSantis has signed a bill passed by the Republican-majority legislature that revokes a special tax exemption and other privileges for Walt Disney World in Orlando. This was in response to the company�...Read More

“And they’re off,” as the callers of horse races say, but in this case, it means the government will no longer enforce mask mandates on airplanes, trains, buses, subways and other forms of public transportation.

Americans who subscribe to “traditional values” have had to put up with a lot from the left in the name of the First Amendment. From vulgarities on TV (self-described First Amendment defenders said things like, “If ...Read More

Inflation ballooned 8.5 percent in March compared to a year ago, the largest increase since ...Read More