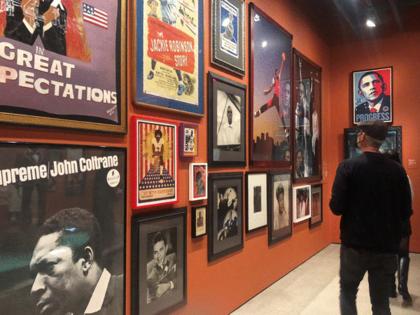 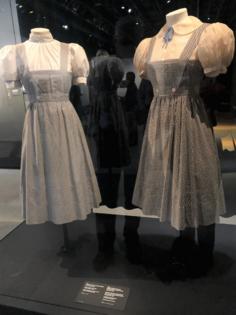 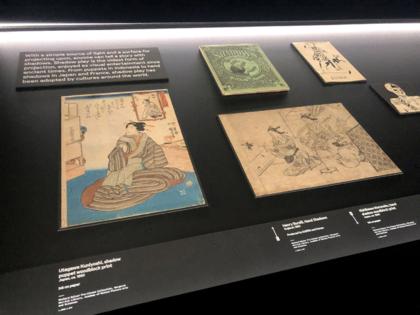 We were delighted to visit the Academy Museum of Motion Pictures Arts and Sciences not long after it opened on Wilshire Boulevard in Los Angeles. We parked for the day at the Los Angeles County Museum of Art, next door to the new domed building, which allowed us to visit that museum, too, as well as the La Brea Tar Pits.

Since the first commercial film in 1895, motion pictures and television have become the major source of entertainment in many people's lives. And now being able to learn how all of the magic is created is a fascinating adventure. We saw how drawings and photos became silent motion pictures as well as the various phases that go into creating a film today. We were also able to see the progression of machines and cameras used through the decades as advancements made films more and more realistic.

Three floors depict "Stories of Cinema," giving information about the many people who have worked to develop the movie industry. The plan is for the museum and its features to be updated continually as the motion picture industry develops further with innovations in years to come.

First, we learned about painted backdrops that merge seamlessly with built sets so that the viewer sees it as an organic whole. While this is still being done, studios have added more advanced techniques that include using photographs for backdrops, LED backdrops and other computerized ways of doing things.

We usually watch the credits at the end of a film, so we were not surprised at the long list of departments and technicians it takes to make a film: acting, animation, casting, cinematography, costume design, directing, editing, makeup, hairstyling, music, production design, screenwriting, sound, visual and special effects and much more. Each of these is presented visually and with interesting facts about well-known people and processes used to produce some of the best-loved movies from the past.

The first Academy Award of Merit ceremony was in 1929, and recipients were each given the now-familiar golden statue of a man. The statue was nicknamed "Oscar," and the name was officially adopted in 1939. The awards are usually bestowed on pictures that give viewers pause to reflect on the greater issues of their time. The ceremony has become a high-fashion evening of great celebration that always draws a large TV audience for the presentation of Oscars to those deemed by the academy to be the greatest achievers in their area of expertise for motion pictures that year. One section shows photos and descriptions of many of the winners through the years with clips from their award presentations running around the wall.

The museum gives special recognition to significant films and moments of motion-picture history, and these reveal how movies have both reflected and influenced social movements of each age. One specially noted was the 1974 movie, "The Godfather," when Marlon Brando won the Oscar for best actor but sent the president of the National Native American Affirmative Image Committee, Sacheen Littlefeather, to refuse the award as a protest to the treatment of Native Americans in films. This was the first time the awards were used for political purposes.

One room is devoted to racism protests accomplished through films and their stories. A large tribute section honors Spike Lee, the noted writer, director, producer, actor and Academy Award winner. Also on display are many historic anti-racism posters from his collection.

Another display explained how storyboards are used. These "cartoons" show how each frame of a film can be set up to serve as a guide for directors and actors. If carefully prepared, these can save thousands of dollars in the filming process. The display uses the shower scene in Alfred Hitchcock's 1959 movie, "Psycho" -- one of the most successful and profitable horror movies ever made -- as an example.