Party or Peaceful: South Padre Island Is for You 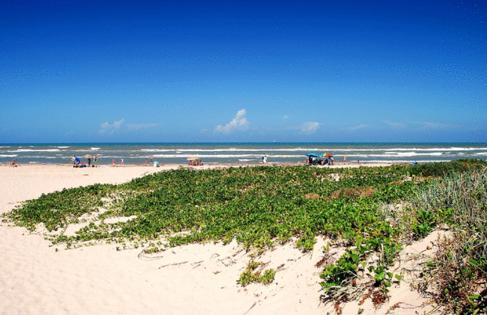 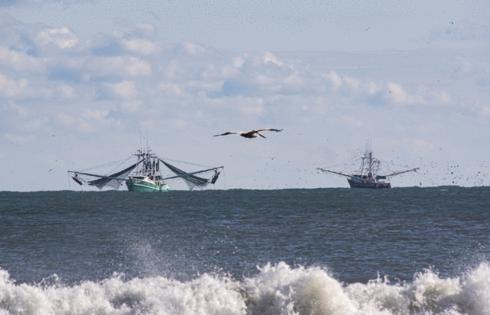 "Fish. Party. Repeat." Those words, printed on a sign in a South Padre Island, Texas, restaurant, refer to two of the most popular pastimes there. SPI (as locals call it) and nearby Port Isabel also boast a long and inviting list of other things to see and do.

It didn't take long after my wife, Fyllis, and I arrived to understand that this is a place of outstanding beaches, numerous land and water activities, and intriguing historical tidbits.

This is all well known to "winter Texans." They are the people, primarily from the Midwest, who spend several winter months soaking up the sun and fun in those twin towns nestled along the Gulf of Mexico at the Lone Star State's southern extremity.

At first glance the two communities present the atmosphere of many beachfront locations. Hotels, restaurants and souvenir shops abound. Colorful golf carts are a popular mode of transportation, and the favored attire gives new meaning to the words "casual clothing."

These are among attractions that draw visitors and keep them returning year after year. Much more awaits those who find their way to this inviting destination within a seashell's throw of Mexico. This is a fitting image because the beaches on South Padre Island have won well-deserved accolades, and the proximity of Mexico has exerted a strong influence on the local culture.

After the Spanish exploration period, when the area was under that country's domain, it was owned by Mexico and then the Republic of Texas before becoming part of the United States. Visitors soon learn why the destination is included on some "best beaches" lists and why it's a magnet for people who like to fish. The waters are so productive that one charter boat captain advertises "No fish -- no charge."

The A (antiquing) to Z (ziplining) list of other activities includes many that are water-related. They range from kayaking and canoeing, snorkeling and sailing to speeding along on a Jet Ski and loping along a beach on horseback. Birding also attracts its fans. At the South Padre Island Birding, Nature Center and Alligator Sanctuary we spotted some of the 350-plus species of high-flyers and low-waders that reside here or migrate through. Some have colorful names, such as marbled godwit and semipalmated plover.

Another expedition took us on a dolphin-watching cruise in Laguna Madre Bay. Captain Bob pointed out the first prey as soon as we left the marina. Whenever someone saw a telltale fin -- or better yet, a dolphin leaping out of the water -- a collective "ooh, aah" echoed among the passengers.

Adding to the enjoyment was inspecting at close hand specimens that a net had dredged up from the bay floor. Among sea life we examined were a stingray, several small fish and shrimp. It's no surprise that shrimp were among our catch because those crustaceans have been the source of an industry that has thrived in the area since the middle of the 19th century. Texas consistently ranks among the top three producing states, along with Alaska and Louisiana.