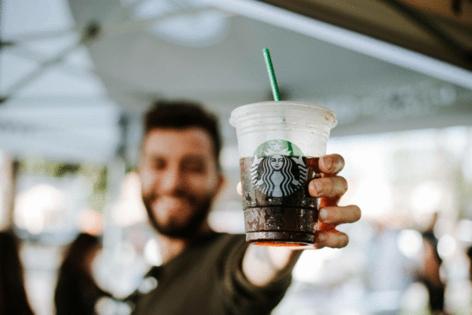 Legal cannabis sales in the United States eclipsed Starbucks Corporation sales, reported MJBizDaily, which cited the 2022 MJBiz Factbook. The development comes even though coffee is legal in all 50 states.

The cannabis industry saw an increase in sales of 30% in 2021. Starbucks’ annual revenue in North America grew by 25%.

Legal recreational and medical cannabis sales landed in a range of $24.5 billion to $27 billion in 2021, while Starbucks raked in $20.5 billion in sales, the report said.

In comparison, sales of over-the-counter sleep aids — a commonly named reason for using cannabis — increased by less than 1%, and sales of pain relievers grew 5% in 2021, the report said. Legal, Adult Use Cannabis Sales Surpass $3.7B In 2021 In April, the Marijuana Policy Project released an updated report on tax revenue generated from state-legal, adult-use cannabis that includes totals for the entirety of 2021.

In 2021 alone, legalized states generated more than $3.7 billion in cannabis tax revenue from adult-use sales, which is a 34% increase in revenue over 2020.

Global cannabis sales for 2022 will reach just over $35 billion, a jump of approximately 22% over 2021 sales of $29 billion, according to BDSA’s most recent five-year rolling market forecast update. BDSA forecast global cannabis sales will surpass $61 billion in 2026, for a compound annual growth rate of more than 16%.

High potency cannabis has been linked with a variety of mental health conditions, most concerning, psychosis.

Marijuana legalization has picked up speed over the last couple of years. The topic has become one of those ...Read More

Boehner backed out of a deal to join a marijuana lobbying group after he allegedly stole its data and talking points to form another.

John Boehner, former speaker of the House of ...Read More