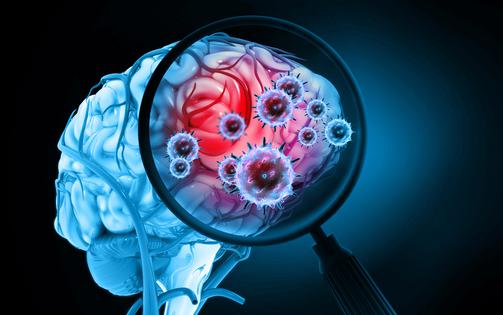 One in nine Americans ages 65 and over had Alzheimer’s disease in 2022, and countless others were indirectly affected as caregivers, health care providers and taxpayers. There is currently no cure – available treatments primarily focus on prevention by encouraging protective factors, such as exercise and healthy diet, and reducing aggravating factors, such as diabetes and high blood pressure.

One of these aggravating factors is viral infections. Researchers have identified that certain viruses such as herpes simplex virus type 1 (HSV-1, which causes cold sores), varicella zoster virus (VZV, which causes chickenpox and shingles) and SARS-CoV-2 (which causes COVID-19) can lead to a higher risk of Alzheimer’s disease and dementia following infection.

Figuring out how and when these viruses contribute to disease could help scientists develop new therapies to prevent dementia. However, researchers have been unable to consistently detect suspect viruses in brains of people who died of Alzheimer’s. Because the Alzheimer’s disease process can start decades before symptoms, some researchers have proposed that viruses act early in a “hit-and-run” manner; they trigger a cascade of events that lead to dementia but have already taken off. In other words, by the time researchers analyze patient brains, any detectable viral components are gone and causation is difficult to establish.

We are a neurovirologist, neurologist and neuroscientist team interested in the role viruses play in neurodegenerative diseases. In our recently published research, we use new technology to search for the tire tracks of these viruses in Alzheimer’s patients. By focusing on the most vulnerable entry point to the brain, the nose, we discovered a genetic network that provides evidence of a robust viral response.

Many of the viruses implicated in dementia, including herpesviruses and the virus that causes COVID-19, enter the nose and interact with the olfactory system.

The olfactory system is constantly bombarded with odors, pollutants and pathogens. Particles inhaled through the nostrils bind to specific olfactory receptor cells in the tissue lining the nasal cavity. These receptors send messages to other cells in what’s called the olfactory bulb, which acts like a relay station that transmits these messages down the long nerves of the olfactory tract. These messages are then transferred to the area of the brain responsible for learning and memory, the hippocampus.

The hippocampus plays a critical role assigning contextual information to odors, such as danger from the foul smell of propane or comfort from the smell of lavender. This area of the brain is also dramatically damaged in Alzheimer’s disease, causing devastating learning and memory deficits. For as many as 85% to 90% of Alzheimer’s patients, loss of smell is an early sign of disease.

The mechanism leading to smell loss in Alzheimer’s disease is relatively unknown. Like muscles that atrophy from lack of use, sensory deprivation is thought to lead to atrophy of the brain regions that specialize in interpreting sensory information. Strong sensory input to these regions is critical to maintain general brain health.

We hypothesize that viral infections throughout life are both contributors to and potential drug targets in Alzheimers’s disease. To test this idea, we used emerging, state-of-the-art technology to investigate the mRNA and protein networks of the olfactory system of Alzheimer’s disease patients.

The body uses mRNA, which is transcribed from DNA, to translate genetic material into proteins. The body uses specific mRNA sequences to produce a network of proteins that are used to fight against certain viruses. In some cases, the body continues to activate these pathways even after the the virus is cleared, leading to chronic inflammation and tissue damage. Identifying which mRNA sequences and protein networks are present can allow us to infer, to a degree, whether the body is or was responding to a viral pathogen at some point.

I will occasionally get questions, almost always from women who spent much of their adult life as homemakers and are now approaching their senior years, who tell me that they plan to get a job to start building up their ...Read More