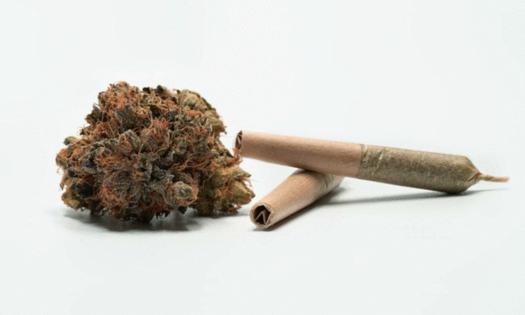 Several months after London’s Mayor Sadiq Khan announced plans to stop prosecuting adolescents and young adults caught with cannabis, he set up a commission with the task of decriminalizing cannabis in the United Kingdom. The first-ever London Drugs Commission will be chaired by ex-justice secretary Lord Charlie Falconer QC, reported the BBC.

While the mayor was impressed after visiting a cannabis dispensary in California, Home Secretary Priti Patel said Khan’s efforts are pointless as he “has no power to legalize drugs. They ruin communities, tear apart families and destroy lives.”

Khan responded: “We need to have an honest, open conversation about the evidence in relation to the history of cannabis and our laws in the UK and our experience of the health consequences in relation to crime and the community. The best way to do that will be with the drugs commission we’ve now set up.”

“You can hear from the experts, that’s one thing, but seeing it for yourself … hearing from those who cultivate and grow this plant has been fascinating.”

Once the commission researches everything it can, it will offer its recommendations to City Hall, the government, the police, the criminal justice system and public health services. In the event of any policy changes, the University College London would provide an analysis of the impact of the proposed amendments.

Though medical use of cannabis was legalized in England in 2018, marijuana remains classified as a Class B drug, which carries a maximum sentence of five years in prison for possession. Cannabis possession was the most recorded drug offense in England and Wales in 2021, as per a parliamentary report. Khan’s Party Says Not Your Job UK’s Labour Party has stated that it does not support Khan’s initiative to change the law regarding drugs. “Drugs policy is not devolved to mayors and under Labour would continue to be set by the national government,” the party stated.

On the other hand, Steve Rolles of the Transform Drug Policy Foundation told BBC Radio London that it would be good if the UK could look to Mexico and Uruguay and other countries that have decriminalized marijuana and learn from them.

“Clearly as the mayor has pointed out, our cannabis policy is not working. It is not deterring youths and we can always smell it off them. It is criminalizing lots of people – particularly young black males – and it costs the criminal system a lot of money,” Rolles said.

“We need to look at it. Other places in the world have decriminalized it and hopefully, we can learn from these experiences.”