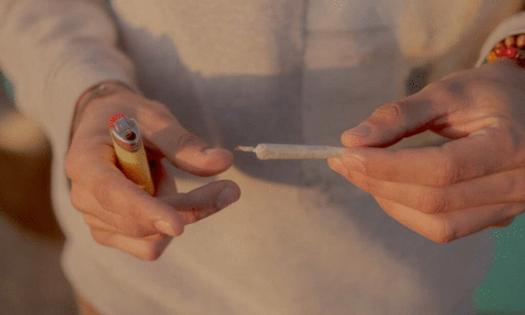 A new study finds a link between cardiovascular disease and cannabis. Researchers provide a helpful solution.

A large study conducted by researchers from Stanford Medicine found that cannabis users have a higher risk of cardiovascular disease. They suggest the use of a molecule called genistein, found in soybeans, to block marijuana’s effects.

Per the study, published in Cell magazine, cannabis’s THC causes inflammation in cells located in blood vessels and atherosclerosis in laboratory mice.

Researchers analyzed data belonging to 500,000 people between the ages of 40-69. Out of this pool, about 35,000 self-disclosed their cannabis use, detailing how often they consumed cannabis. Eleven-thousand claimed they did so more than once a month. This group had a higher risk of cardiovascular disease, even when factoring for age, gender, and body mass indexes. Frequent marijuana smokers were also more likely to have their first heart attack before the age of 50.

Experts had differing opinions on what this means for public health and marijuana’s increasing use. While some advised alternate solutions to counteract the possibilities of heart disease, like consuming genistein, others were more cutting with their predictions and with marijuana as a whole.

“Marijuana has a significantly adverse effect on the cardiovascular system,” said instructor of medicine Mark Chandy, MD, Ph.D. “As more states legalize marijuana use, I expect we will begin to see a rise in heart attacks and strokes in the coming years. Our studies of human cells and mice clearly outline how THC exposure initiates a damaging molecular cascade in the blood vessels. It’s not a benign drug.”

Links between cannabis and negative heart health have been around for years. This influence is not only limited to smoking cannabis — where the smoke affects people’s cardiovascular systems like smoking tobacco does — studies have shown that consuming cannabis in all forms is harmful to the heart.

No matter which side of the argument you land on, results like this show how important it is for there to be more extensive research conducted on cannabis. As the drug earns its legal status, it’s becoming increasingly important to grant Americans the full picture of cannabis, creating the space for the good and the bad.

Biden administration officials said they’re “very aware that there are other Americans held in Russia,” and added that Whelan and Griner are “very much in our minds.”

Another bill that would have set up an adult-use market run by the state’s Liquor Commission was also defeated by the Senate.

Psilocybin, the active ingredient in “magic mushrooms,” could be part of the ...Read More

Keep in mind that today’s doctors were not taught about how cannabis works in the human body. Even if they have attended programs or workshops, it will take time for them to get up to speed regarding dosing, strains, ...Read More