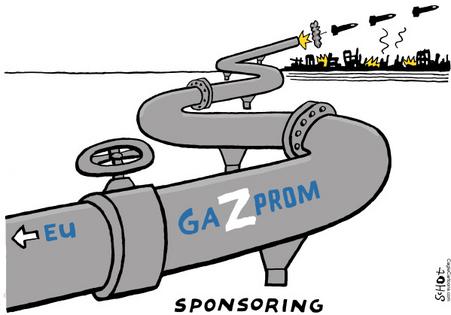 I wouldn’t go quite that far in condemning Republicans for their current propaganda. But aside from those two little words, they’ve been weaving a panoply of lies that would make Putin envious.

The propaganda about gas prices – “Joe Biden caused this and doesn’t seem to care,” bleats the Republican National Committee – is all about hoodwinking voters in advance of the November midterm elections, a neat trick designed to turn the House and Senate red.

But it may well work like a charm, because for the average citizen swallowing lies is a lot easier than fact-checking. Besides, it’s always easiest to lash out at the incumbent party. As Senator Angus King, an independent who caucuses with the Democrats, said the other day, “Historically, people automatically blame presidents for (high) gas prices.”

So it’s may well be a waste of time for me to parse the GOP’s BS, but hey, refuting lies is an old habit of mine, regardless of whether any gullible voter may happen to read this.

For instance, Republicans on Capitol Hill are falsely contending that the current gas price spike is all Biden’s fault because he’s not letting the oil companies do enough drilling. Senator Bill Cassidy says Biden has launched “an all-out assault on the development of U.S. oil.” House Minority Whip Steve Scalise tweets that gas price spikes are “what happens when you destroy America’s energy industry.”

But the truth – for what it’s worth – is that oil barrel production has actually increased since Biden became president, as have the number of oil rigs. There are also roughly 9,000 wells that have been federally-approved, but have not yet been drilled because key oil companies, flush with recent profits, have decided to instead return cash to their shareholders.

It’s the drillers – not Biden – who have been holding back.

In truth, Biden has been so oil-friendly that environmentalists and climate change experts have become demoralized. Contrary to the Republican lie that Biden has killed domestic energy production, the truth is quite the opposite.

“Biden has done nothing to halt oil leasing. In fact, the Biden administration has outpaced Trump in issuing drilling permits on public lands and water in its first year," according to federal data analyzed by the Center for Biological Diversity.