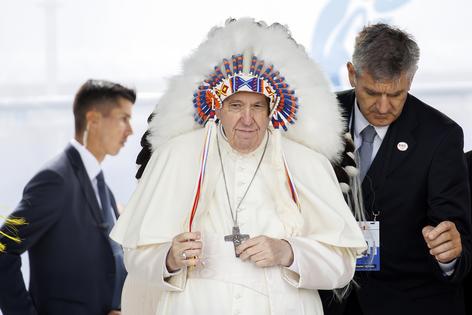 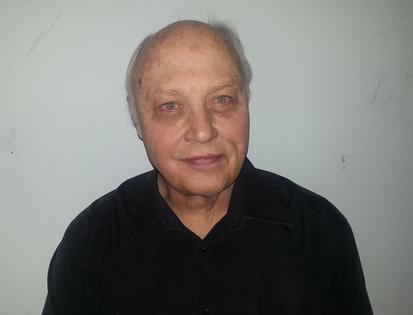 So said Pope Francis last week, at a powwow in Alberta, at the start of his “apology tour” across Canada — for the participation of the Catholic Church in the multi-century horror of Native American “residential schools” on this continent, which more accurately might be called concentration camps for 6-year-olds.

This papal mega-apology, while cheered by some, has been widely criticized as little more than a wimpy shoulder-shrug — sorry about that — for a governmental, church-complicit policy, lasting well into the 20th century, of snatching indigenous children from their families and squeezing their culture, if not their life, out of them.

Clearly an official apology is hardly adequate for this egregious wrong — one facet of the larger goal of genocide and continent-theft — but it does throw some raw, horrifying light on who “we” are . . . on the moral values of white, European, a.k.a., colonial, culture, which continues to hold enormous global power. Could the pope’s apology be the starting point of actual learning, troubling awareness and, good God, real change?

What has to happen first, of course, is taking a look at the reality in question. The phenomenon of residential schools, which permeated both the United States and Canada, may have had their origins in the early missions the white, Christian conquerors began building in the 18th century, the point of which was to eradicate indigenous culture and convert pagans to the true religion (and, oh yeah, grab their land).

By the mid-19th century, residential schools had become law in the U.S. Indigenous children were taken from their families without permission and, in essence, rebirthed as white people. The schools’ premise was infamously summed up in the words of Captain Richard Henry Pratt, headmaster of the Carlisle School in Pennsylvania:

“A great general has said that the only good Indian is a dead one. In a sense, I agree with the sentiment, but only in this: that all the Indian there is in the race should be dead. Kill the Indian in him, and save the man.”

This was not a platitude, the evil opposite of “love thy neighbor.” This mandate was taken seriously. The Indigenous Foundation points out some examples of the raw inhumanity to which the children were subjected, For instance:

“Attendance to the boarding schools was made mandatory by the U.S. government regardless of whether or not Indigenous families gave their consent. Upon arrival, Native children were given Anglo-American names, bathed in kerosene, given military-style clothing in exchange for their traditional clothing, and their hair would be shaved off for the boys and cut into short bob styles for girls.”

Let me repeat: bathed in kerosene! An awareness of the monstrous inhumanity being deployed suddenly goes straight up my nostrils.