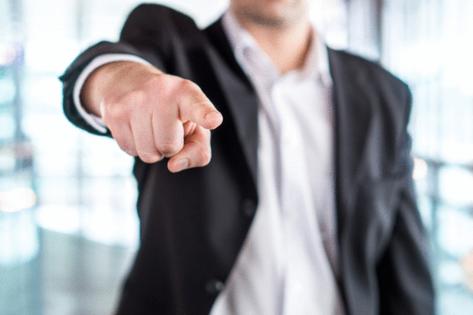 I got an email from a reader saying, “I enjoyed your article, ‘Surviving a hard time.’ I try to remember, “Tough times don’t last, but tough people do.” Did I actually say that? I certainly have never considered myself tough. Smart, creative, quick — OK, these are words I would use to describe myself. I developed that skill set just to get by in this world. Here are a few of my survival tactics.

Stick up for yourself. If being treated badly is a part of your experience either at home or work, you can sometimes get so used to it that you don’t realize it is continually happening to you. You actually start to see being downtrodden as normal and to accept it as “That’s just the way it is,” and that is very wrong. The problem is 1. It isn’t normal, and 2. You may start acting like it is, because that’s what you are being taught. Answer: You need to leave and start over.

If starting over is daunting, just think about spending the rest of your life in these kinds of relationships. I was about 10 years old when I realized that not all families fight at the dinner table and that many other families are actually nice to each other. My answer: I decided to leave and go to college with the help of a National Merit Scholarship when I was 16.

Don’t let yourself be used, because it’s really hard to shake off. Usually what happens is that you let it go on until you just can’t stand it anymore, and then you leave. But where do you go? You need to build something else for yourself before you depart. If it’s a job, start interviewing. If it’s a relationship, start therapy. And if it’s a combination of the two, start developing a better support system, because that’s too much for any one person to bear.

Fighting back is great, but back away if that's a better tactic. You’re not being a coward, you are seeking better treatment, and that’s perfectly fine. If you don’t have a good team to help you, fighting back will drain you further. These days, there are plenty of new doors to open.

If you’re at your wits’ end, remember that you can only push yourself so far. Taking a break doesn’t mean you’re giving up — it means you’re looking after yourself. Give yourself a little time before you venture into the next big thing.

There may be more opportunity in the world right now than ever before, and more opportunities are being created every day. But that doesn’t mean you have to jump on the first thing that comes your way. Sometimes it’s wise to take your time; processing a new direction is seldom instantaneous. There are many ways to make a living and a life, so just play with different ideas and let your creativity guide you. When things aren’t working out, it’s a signal that you have to find something new — and not a sign that your life is over.

But I still remember that in high school, the entire calculus class was clueless as to why integrals were, well, integral to our lives. (I’m ...Read More

If you’ve ever watched "Property Brothers" on HGTV, you know they do a similar schtick with each client before choosing a house to renovate. Clients typically have a long list of very specific requirements for their ...Read More

Sometimes when we are trying our best to move forward, something comes along to block us. Here are 10 things to do to help you keep moving in the right direction.

1. Get out of the house or office.

I started this column right after 9/11 in my local paper, The Ventura County Star. About six months later, the column went national, I was offered a show on the local NPR station, and I was consulting for a hit television ...Read More

I got a text recently from a 40-something male client that said, “I’m anxious about restarting dating. I just want this process to be done.”

I followed up with, “When you say that you want the process to be done, ...Read More

There’s a reason the start of the new year goes hand in hand with creating resolutions and setting goals. Something about tossing out an old calendar and writing a new number every day feels like a clean slate, ...Read More