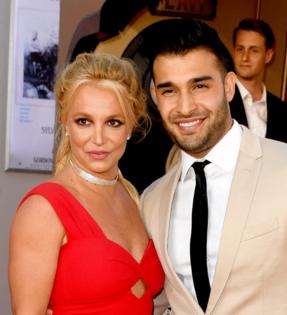 Britney Spears and Sam Asghari are still optimistic about what’s to come after the pop star announced last week that she had suffered a “devastating” miscarriage.

Asghari, 28, took to his Instagram Story Monday to thank people for their “support” in the wake of the couple’s loss.

“We have felt your support. We are taking things positively and moving forward with our future. It’s hard but we are not alone. Thank you for respecting our privacy. We will be expanding our family soon,” he said, concluding with a heart emoji.

Spears, 40, and Asghari took to Instagram Saturday to share the news that they had “lost our miracle baby early in the pregnancy.

“Perhaps we should have waited to announce until we were further along however we were overly excited to share the good news,” the couple said at the time. “Our love for each other is our strength. We will continue trying to expand our beautiful family.”

The “Gimme More” singer, who is mom to two teenage sons from her marriage to Kevin Federline, in mid-April announced that she and Asghari were “having a baby.”

The happy news at the time came on the heels of two other milestones in Spears’ life. Last November, a judge finally terminated her oppressive nearly 13-year conservatorship. That followed the news in September that Spears and Asghari were taking their relationship to the next level by getting engaged after five years together.