Dad is horrified to learn there's a gun in the house 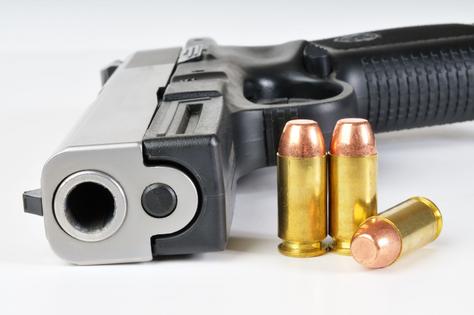 Dear Amy: This week I discovered that my intelligent, hard-working, responsible 24-year-old daughter (who lives with me) is a gun owner! And it's not a normal gun either -- it is a 40 caliber semi-automatic, and she has hollow point bullets to go with it.

Amy, this is the kind of weapon a criminal would possess! She says it is for emergencies. There have only been two home invasions in our neighborhood in the last 11 years.

I've given her three choices: She can either give her weapon to me, sell it, or move out in three weeks.

I love my daughter and would be so sad for her to move into a place that she would hardly be able to afford, but now I have to lock my bedroom door at night because I don't know what she's going to do.

Now she says that I don't trust her, and is barely speaking to me. How can I convince her to stop endangering us?

Dear Dumbfounded: According to my research, possessing hollow point bullets is illegal in 11 states; is it legal in your state to own this sort of exploding ammunition?

In a report published in 2015, researchers at the University of Chicago found that 31 percent of households reported having a firearm in 2014, down from about 48 percent in 1980.

According to this study, there are more guns, but concentrated in fewer households. Why must your household be one of them?

Where did your daughter get this weapon and ammunition? Has she received any safety training or certification? (Accidental gun death is a substantial risk of owning a gun.) Is she perhaps engaged in another activity outside of your household that exposes her to increased risks and makes her believe she needs to have a weapon?