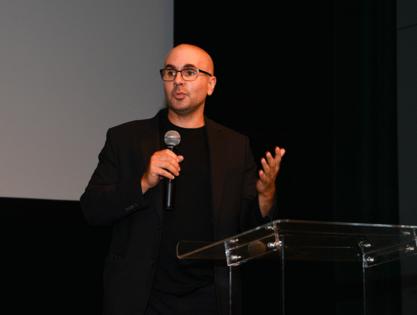 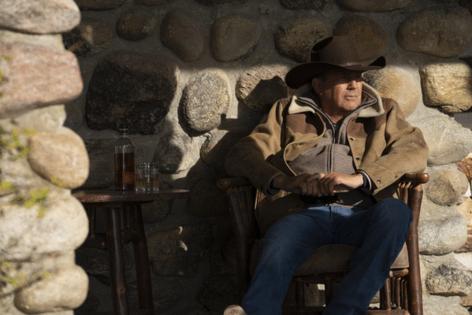 When people think of MTV, chances are that "prestige" is not the first word that comes to mind. Viewers tend to associate the brand more with popular reality programs such as "The Real World" and "The Jersey Shore" rather than award-winning dramas.

But MTV Entertainment Studios' bailiwick has expanded in recent years under the leadership of Chris McCarthy, a longtime executive at Paramount Global, the cable programming giant formerly known as ViacomCBS.

The growing umbrella of the MTV group, whose name was once synonymous with youth culture among Gen Xers and older millennials, now covers dramas such as "Yellowstone," TV's most watched scripted series last year. The Western, starring Kevin Costner, drew an average of 11 million total viewers during its fourth season on Paramount Network, according to Nielsen numbers. The prequel "1883" was the most-viewed series premiere on streaming service Paramount+, until "Halo" topped it.

MTV Entertainment is coming into Paramount's upfront presentation for advertisers this week with more than 90 new and returning shows, many of them scripted dramas and films.

"We certainly are well known for our unscripted series, but the real excitement has been around how quickly we've built up an incredible slate of scripted shows with incredible talent," said McCarthy, president and chief executive of Paramount Media Networks as well as MTV Entertainment Studios. "The big story for us is the level of talent in scripted, the number of scripted series and how quickly we've been able to amass them."

"Yellowstone," produced by 101 Studios and created by Taylor Sheridan, is expected to begin its fifth season Nov. 15 with a two-episode premiere on Paramount Network. That will lead into the debut of Sheridan's Paramount+ show "Tulsa King," starring Sylvester Stallone as a fresh-from-prison New York mafia capo who sets up shop in Oklahoma. After two episodes on both Paramount Network and Paramount+, "Tulsa King" will move exclusively to streaming.

For Paramount+, the company will highlight more from its prolific deal with Sheridan, including "1883: The Bass Reeves Story," starring David Oyelowo; "Tulsa King"; and "Land Man," set in a West Texas oil boomtown. There's also an "1883" follow-up with the working title "1932." The company on Tuesday announced the casting of Harrison Ford and Helen Mirren as husband-and-wife leads for the show.

Ford throughout his career has primarily worked in film rather than TV but has recently joined the ranks of Hollywood movie stars transitioning to the small-screen. He joined the Apple TV+ comedy series "Shrinking" last month. Ford told the L.A. Times he was attracted to the "1932" project after speaking with Sheridan about his ambitions for the show, which takes place during the Great Depression and toward the end of the Prohibition era.

"It's a very volatile time in the history of Montana," Ford said in an interview. "It continues the story. It's a mix of elements of cowboys on horseback, early automobiles, Prohibition. It's a large-scale story with bold characters ... Our present is perched on our past. Everything that we're going through now has precedents in history. It helps to illuminate our present when we have a grasp on our past."