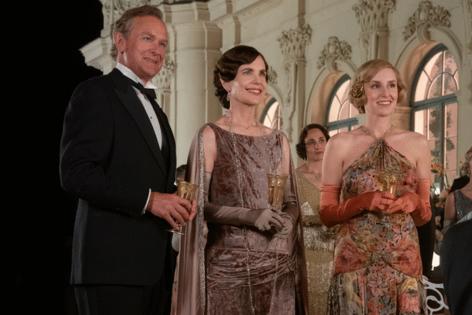 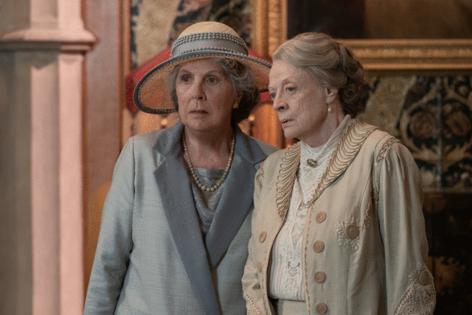 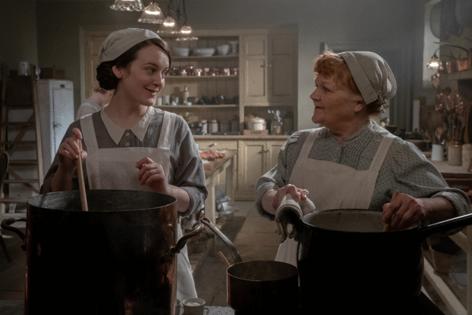 And then, without further ado, we see our English friends from another time.

“Downton Abbey” is back. Again.

In U.S. theaters this week, “Downton Abbey: A New Era” is the sequel to “Downton Abbey,” the 2019 film stemming from Julian Fellowes’ popular television drama series of the same name about the aristocratic Crawley family and the servants working for them roughly a century ago.

Like its predecessor, “A New Era” is generally entertaining if also rough around the edges. And, like the 2019 entry, It is most concerned with getting our favorite Brits back together — including but not limited to Maggie Smith’s Violet Grantham and Jim Carter’s Mr. Carson, as well as lesser but still important players such as Kevin Doyle’s charmingly dopey Mr. Molesley — for two more hours of relatively low-stakes fun.

The film initially operates at the speed of a butler who’s had too high-octane tea, reintroducing us to the huge stable of characters in rapid-fire succession and attempting to give each of them a little something appropriately “Downton”-ish with which to be concerned. However, it does eventually settle into its main storylines, unearth some drama and offer potentially landscape-altering developments.

“A New Era” begins with a wedding, that of Tom Branson (Allen Leech) and Lucy Smith (Tuppence Middleton), his love interest from the first film.

Sybbie, Tom’s young daughter with the late Lady Sybil, stands to inherit a villa in the south of France that unexpectedly has been left to the aforementioned Dowager Countess, Violet, the girl’s grandmother. For reasons that are mysterious to all but perhaps “Granny” herself, the late Marquis de Montmirail has bequeathed the lavish seaside property to her.

“Do I look as though I’d turn down a villa in the south of France?” she responds when someone asks her why she’s accepting the gift.