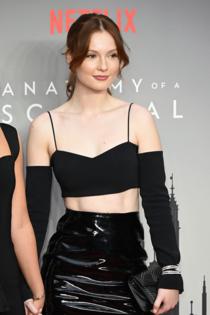 It’s all in the family.

Netflix is shaking up the “Bridgerton” cast by swapping out Ruby Stokes, the original face of Francesca Bridgerton, for Hannah Dodd in the upcoming third season.

While Stokes, 21, debuted the role to the public starting with the first season of the Shonda Rhimes-executive produced smash hit — which dropped in late 2020 — Francesca, described in the release as “a bit of a mystery within her chatty extroverted family,” has so far only appeared in five episodes across the series’ first two seasons.

Stokes has a starring role as Lucy Carlyle in the streaming service’s upcoming “Lockwood & Co” series.

Dodd, 27, will also be a familiar face to dedicated Netflix viewers. The “Eternals” actress portrayed Young Sophie in the recently released miniseries, “Anatomy of a Scandal,” and has an undisclosed role in the upcoming “Enola Homes 2.”

A sequel to the 2020 film that sees Netflix star Millie Bobby Brown, of “Stranger Things” fame, as Sherlock Holmes’ (Henry Cavill) little sister, the new film is scheduled to drop later this year.

The sophomore season of “Bridgerton” was revealed to be Netflix’s most popular English-language show ever.