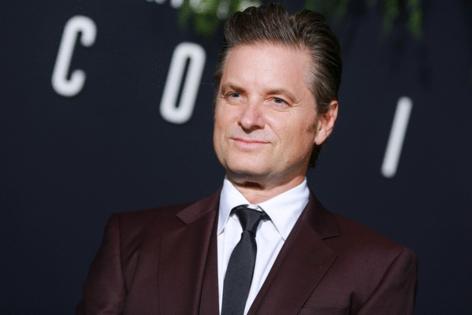 Starring Julia Roberts, the eight-part drama “Gaslit” on Starz zeros in on the crimes that would ultimately take down Richard Nixon’s presidency, specifically the Watergate break-in that was conceived by former FBI agent G. Gordon Liddy, played by Shea Whigham as a man unhinged as they come.

After serving a prison sentence, Liddy later remade himself as something of a media personality, though his over-the-top personality remained intact. The series, of course, precedes all of that. “I was interested in who he was from ‘71 to ‘72 and how do we get that right, and not bring whatever I feel about him into it,” said Whigham. “You have to really start almost naively, I find, and then start to build. I’m really looking for the human being in there.”

Whigham first came to notice playing Eli Thompson for five seasons on HBO’s “Boardwalk Empire” and his resume since has spanned the gamut with roles in “The Wolf of Wall Street,” “American Hustle,” “Kong: Skull Island” and ”Joker.”

That list also includes the 2012 drama “Silver Linings Playbook,” and it was a day on set that came to mind when he was asked about a singularly embarrassing moment in his career.

“We’re doing ‘Silver Linings Playbook’ in Philly, (writer-director) David O. Russell was coming off ‘The Fighter’ and he’s got this brilliant script starring Jennifer Lawrence and Bradley Cooper. And I’ve got the chance to act with my hero, Robert De Niro.

“Bradley and I play brothers and De Niro is our father. If you remember the movie, it ends with this Fred Astaire-Ginger Rogers dance competition (that Cooper and Lawrence take part in). Now, I hadn’t worked yet with Bob and I’m really nervous. He’s my hero and every time I look at him, all I see is (his ‘Raging Bull’ character) Jake LaMotta. I see Vito Corleone from ‘The Godfather: Part II.’

“To paint the picture: Bradley and Jennifer are upstairs at the dance competition, and Bob and I are downstairs in a bar watching the football game. The Eagles are playing the Cowboys and we don’t want to go upstairs yet because we placed this big bet. So that’s the scene we’re filming. Movies are usually shot out of order, so even though this takes place at the end, we shot it early on. And this was the first time I was in a scene with De Niro.

“So David says to me, ‘Listen, when the Eagles score, I need a lot of energy out of you, OK? Because this is going to carry us right upstairs into the dance competition, it’s going to be beautiful.’

“You know when you’re a kid and you hear about superhuman strength? This is the only way I can explain it, like if someone’s trapped under a car, in the moment you can lift that car and save them because your adrenaline kicks in? What they don’t tell you is that your adrenaline also kicks in when they call action and they ask you to scream because the Eagles just won.

"The Devil You Know": Omar Epps plays an ex-con and recovered addict enjoying a new lease on life who finds himself drawn back into ...Read More

It was the day before ...Read More

Early on in David Cronenberg’s “Crimes of the Future,” a speculative horror-comedy as wildly deranged as it is beautifully controlled, we witness a live demonstration that functions as an art show, a medical ...Read More

Jennifer Grey became a household name in 1987 with the release of “Dirty Dancing,” playing a character named Baby who does some important growing up during a summer vacation to the Catskills. “Nobody puts Baby in a ...Read More

SAN DIEGO — Ed Stasium's goal has remained happily unchanged in the nearly 50 years he has worked as a recording engineer and album producer for such varied artists as Talking Heads, Ramones, Gladys Knight & The Pips, ...Read More