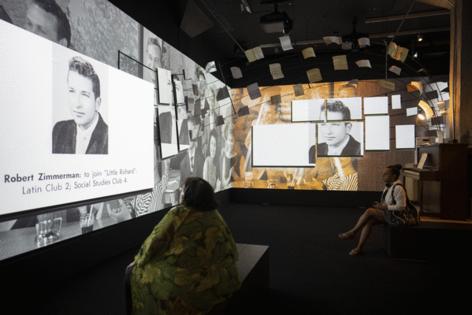 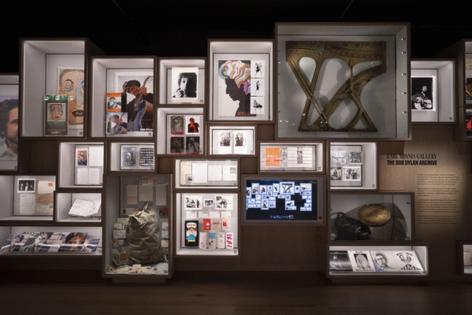 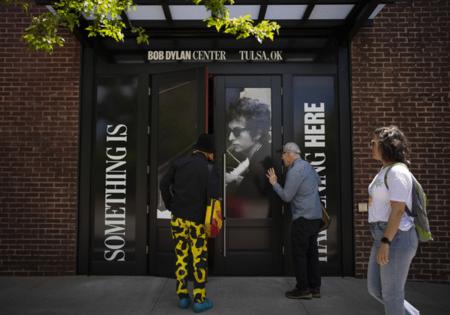 The two-minute clip is the first known professionally shot film of Dylan's Isle of Wight performance. It marked his official full-concert return to the stage following a three-year hiatus after Dylan's 1966 motorcycle crash in Woodstock, New York. Dylan's Isle of Wight gig drew three members of The Beatles, two members of the Rolling Stones, one member of Pink Floyd, and Eric Clapton, along with Elizabeth Taylor, Richard Burton, Jane Fonda and hundreds of thousands of other fans.

The footage Peck unearthed features performance excerpts of three classic Dylan songs — "Highway 61 Revisited," "Like A Rolling Stone" and "Rainy Day Women #12 & 35." The quality and rarity of the footage prompted Emmy-winning director Jennifer Lebeau to incorporate some of it into the immersive film experience she created for the Bob Dylan Center, which opened Tuesday in Tulsa, Oklahoma.

"The Isle of Wight performance is a critical landmark in Dylan's story," Lebeau said in a statement. "Having the opportunity to debut this beautiful footage Reelin' in the Years Productions has uncovered enables storytelling I haven't yet had the opportunity to portray, thanks to its quality and breadth of songs. I'm thrilled the material will make its debut for the film at the Bob Dylan Center.

"Dylan, in front of a British crowd three years after his last shows in Europe, with members of The Band by his side — ironically, on an island in the Atlantic, versus at home in Woodstock, NY — captures the visceral energy one would hope to find."

Reelin' in the Years founder Peck discovered the Dylan and The Band footage earlier this year, buried in a trove of 1960s news clips his company acquired from the German TV network WDR.

"My first call was to Jeff Rosen, Dylan's manager for the past 33 years, and he'd never seen the Isle of Wight footage. Neither had Jennifer Lebeau, who's done a lot of Dylan-related film work.

"The BBC had shot a little bit of Dylan and The Band doing 'The Mighty Quinn (Quinn the Eskimo)' at the Isle of Wight. And another news crew shot a bit of another song. But both those were shot from a different angle, from the right, and all he microphones are in the way. The footage we found was shot from the left and is better.

SAN DIEGO — The saga of the dormant KAABOO music festival has taken a new twist, with lawsuits in San Diego and Delaware that pit the event’s new owners — whose identity appears to be shrouded in mystery — against ...Read More