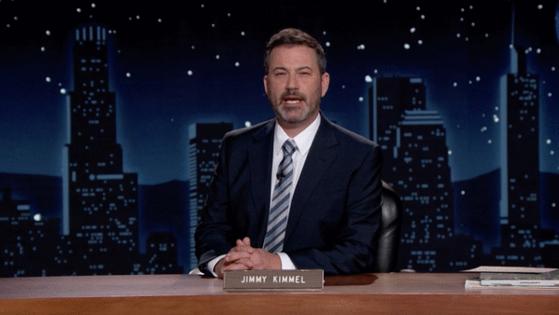 "I'm such a positive person, I tested positive AGAIN," the host of "Jimmy Kimmel Live" tweeted Tuesday. "I am feeling fine."

While Kimmel recovers, fellow comedy stars John Mulaney and Andy Samberg "have graciously agreed" to guest host his show on Wednesday night. Kimmel has previously disclosed that he is vaccinated and boosted.

Kimmel's latest health update comes approximately two weeks after the comedian revealed that his daughter infected him with the coronavirus "even though we specifically asked her not to."

Following a brief, COVID-induced hiatus, Kimmel was back on his show and cracking jokes about former President Donald Trump by Monday of last week. While he was out (the first time), stand-up comic Mike Birbiglia filled in for him.

"I was obnoxiously pleased with myself that I hadn't gotten it yet, and every time I'd meet somebody who's had it — I'd be like, 'Oh, yeah. No, I haven't had it ... I guess it means I'm smarter and stronger than you? I don't know,' " he quipped upon his return last week.

Kimmel is among multiple late-night TV hosts who have tested positive for the coronavirus since the pandemic began. In April, "The Late Show" host Stephen Colbert joked that he contracted COVID-19 "to avoid interviewing Jason Bateman" on his program.

Unlike Kimmel, Colbert simply canceled upcoming episodes of his show instead of getting a sub. The following month, Colbert tested positive again, forcing him to scrap additional installments of "The Late Show."

It's unclear whether Kimmel and Colbert became reinfected with COVID-19 or never fully recovered from their initial bouts with the respiratory illness. According to the Centers for Disease Control and Prevention, recurring cases of the coronavirus can happen, though "most individuals will have some protection from repeat infections."

"WORST. SEQUEL. EVER," Colbert tweeted May 9.