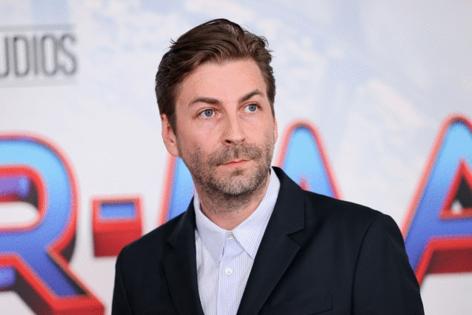 Hot off the resounding success of Tom Holland's Spidey trilogy, Watts is set to helm a "Star Wars" series resembling coming-of-age movies from the 1980s, Vanity Fair confirmed in a report published Tuesday. Co-creating and executive producing the project with Watts is screenwriter Chris Ford, who previously collaborated with the filmmaker on 2017's "Spider-Man: Homecoming."

Billed as a galactic throwback to classic Amblin films (think "E.T." and "Back to the Future"), the Watts vehicle is looking to cast four children around ages 11 and 12. That's pretty young for a live-action "Star Wars" project — even if you count Baby Yoda, who is technically much older than he looks.

According to Vanity Fair, the freshly announced show has yet to land on an official title, though it does have a code name: "Grammar Rodeo," which alludes to an episode of "The Simpsons" in which Bart and his classmates play hooky. Vanity Fair also reported that the series takes place after the events of 1983's "Return of the Jedi" and the fall of the Empire — roughly around the time "The Mandalorian" is set.

It's no surprise that Disney would be eager to join forces with Watts shortly after the blockbuster release of Sony's "Spider-Man: No Way Home," which scored the second-biggest domestic opening of all time, behind only Disney's "Avengers: Endgame."

Also in the "Star Wars" TV pipeline is "Obi-Wan Kenobi," starring Ewan McGregor as the titular Jedi master, out May 27; "Andor," starring Diego Luna as the jaded "Rogue One" pilot, debuting this summer; "Ahsoka," starring Rosario Dawson as the fan-favorite "Clone Wars" character, premiering in 2023; and the third season of "The Mandalorian," scheduled to arrive in late 2022 or early 2023.

As for the franchise's future on the big screen, Lucasfilm president Kathleen Kennedy told Vanity Fair there is "a road map," though the studio probably won't be cranking out movies as frequently as it did in the 2010s. Most likely up next is a film from "Thor: Ragnarok" director Taika Waititi, followed by "Wonder Woman" filmmaker Patty Jenkins' "Rogue Squadron."

A promised trilogy from Rian Johnson (2017's "The Last Jedi") has been stalled because of the director's "unbelievably busy" schedule — dominated by a recent Netflix deal and the highly anticipated sequel to "Knives Out."

"Anyone who comes into the 'Star Wars' universe needs to know that it's a three-, four-, five-year commitment," Kennedy told Vanity Fair.

"That's what it takes. You can't step in for a year and shoot something and then walk away…. It requires that kind of nurturing."