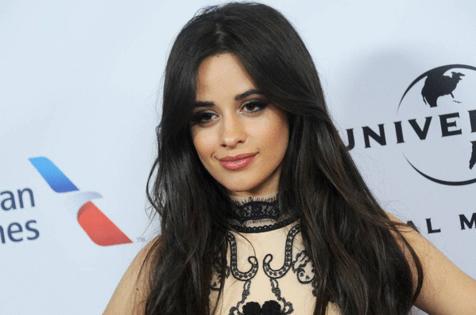 After eight consecutive seasons as a full-time coach, Kelly Clarkson is walking away from "The Voice" — for now, at least.

NBC revealed on Monday that pop musician Camila Cabello will replace the Grammy winner and talk-show host as a judge on the 22nd season of the competition program. Pop superstar Ariana Grande is also leaving "The Voice" after one season.

Joining Cabello on this season's celebrity panel are returning coaches John Legend, Blake Shelton and Gwen Stefani, who has served as a "Voice" judge sporadically since 2014. Stefani's return comes nearly a year after the "No Doubt" singer and Shelton tied the knot in Oklahoma.

Since 2018, Clarkson has been a mainstay on the ever-revolving panel of "Voice" judges. She boasts the third-longest stint on the TV franchise, behind only original coaches Shelton and Adam Levine.

For nearly three years, Clarkson has been splitting her time between "The Voice" and her eponymous daytime chat show, which has risen above its many competitors thanks to its bubbly host, buzzy celebrity interviews and viral "Kellyoke" covers. As of this year, Clarkson has also served as co-host of NBC's "American Song Contest" opposite Snoop Dogg.

Though the 22nd season of "The Voice" will mark Cabello's full-time coaching debut, the "Havana" hit-maker made a guest appearance last season as a part-time adviser on Legend's team. Like Clarkson — who famously won the first season of "American Idol" back in 2002 — Cabello also got her start on a star-search program as a member of the girl band Fifth Harmony, which finished third on the American "X Factor" in 2012.