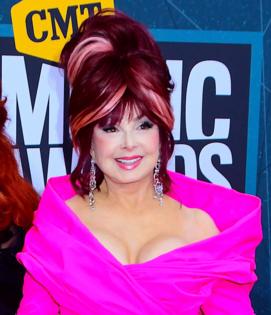 Wynonna Judd’s concert tour will go on following the death of her mother, Naomi Judd, whom she was scheduled to perform with later this year.

The country music star, 57, made the announcement Sunday night at the Ryman Auditorium in Nashville, where a memorial service for Naomi took place.

“After a lot of thought, I’m gonna have to honor her and do this tour,” an emotional Wynonna said, according to People.

“The show must go on, as hard as it may be, and we will show up together, and you will carry me as you’ve carried me for 38 years. ... So we will continue this spectacle. That’s what she would want, right?”

Wynonna and Naomi made plans for a 10-concert tour, with the first show scheduled for Sept. 30 in Grand Rapids, Michigan. It would have been their first tour together in more than a decade.

“My mother knew that she was seen and she was heard in her anguish, and she was walked home,” Ashley said. “When we’re talking about mental illness, it’s very important to be clear and to make the distinction between our loved one and the disease. It’s very real, and it lies. It’s savage.”

Naomi and Wynonna won five Grammys together as the country duo The Judds, and were known for songs such as “Have Mercy” and “Why Not Me.”

The Judds were inducted into the Country Music Hall of Fame a day after Naomi died.