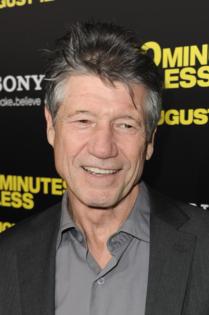 Fred Ward, the rough-hewn character actor known for his work in “The Right Stuff” and “Remo Williams: The Adventure Begins,” died Sunday at age 79.

Ward was born on Dec. 30, 1942, in San Diego. His father was in jail the day he was born, according to the actor. Ward moved around a lot as a child, including to Louisiana and Texas.

“You carry the baggage of your childhood with you until you can step into a Zen space and objectify it,” Ward told the L.A. Times in 1990. “There are certain elements of need — the need for acceptance — from my childhood that gave me the drive that an actor has to have.”

As he matured, he worked as a short-order cook, a construction worker, a boxer and a lumberjack in Alaska. He spent three years in the U.S. Air Force as well, then made his way into acting in New York in the early 1970s. Early roles included small parts on TV as well as roles in productions of two of Sam Shepard’s early plays in San Francisco.

“Fred Ward was seemingly incapable of being inauthentic. His characters felt like they lived a full life and we’re only seeing a part of it and that’s a magic trick done right in front of you and very luckily captured in light forever,” tweeted fellow actor Diedrich Bader.

“I mourn the loss of Fred Ward, who was so kind to me when we worked together on Remo Williams,” Mulgrew tweeted. “Decent and modest and utterly professional, he disarmed with a smile that was at once warm and mischievous.”

Ward’s first major film role was in the 1979 movie “Escape From Alcatraz,” starring Clint Eastwood. And Ward would go on to star alongside Shepard in 1983’s “The Right Stuff,” where he played astronaut Gus Grissom in the adaptation of Tom Wolfe’s bestseller. That film, which won four Oscars off of its eight nominations, gave Ward’s career a big boost.