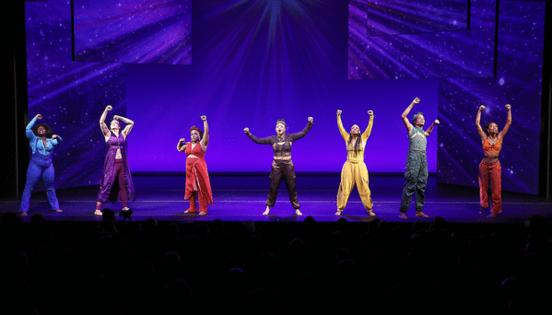 NEW YORK — Don’t count “For Colored Girls” out just yet.

The Broadway revival of Ntozake Shange’s beloved choreopoem “For Colored Girls Who Have Considered Suicide / When the Rainbow Is Enuf” has been extended for two more weeks.

The announcement on Thursday followed Monday’s Tony nominations, where the Camille A. Brown-helmed show garnered seven nods, the most of any play this year.

The extension also comes a week after producers posted notices that the show would close on May 22.

The Ron Simons-produced production will now continue through June 5 at the Booth Theatre.

“For Colored Girls” tells the stories of seven women of color using poetry, song and movement to share experiences of survival and enduring racism and sexism in the 1970s.

Originating at a women’s bar in Berkeley, California, in 1974 before being professionally staged in New York City, “For Colored Girls” debuted at The Public Theater in 1976 and then moved to Broadway where it was nominated for a Tony Award for Best Play in 1977.

In 2019, The Public Theater produced a revival directed by Obie winner Leah C. Gardiner with choreography by Brown.

The 1975 Broadway production of “The Wiz” had a similar fate.

The Geoffrey Holder-helmed musical, inspired by “The Wizard of Oz,” went on to to win seven Tony Awards (including best musical) and play more than 1,600 performances over a four-year run.

The last time a major filmmaker ventured into a nightmarish Garden of Eden amid a swirl of Christian and pagan warnings of the evil that men do, the filmmaker was Darren Aronofsky, the film was “Mother!” and the ...Read More

The couple had a baby boy in Los Angeles on May 13, according to TMZ. No other details were made available.

Prince Harry and Meghan, Duchess of Sussex, are reportedly working on a "juicier" docuseries for Netflix about their life at home in Montecito, California.