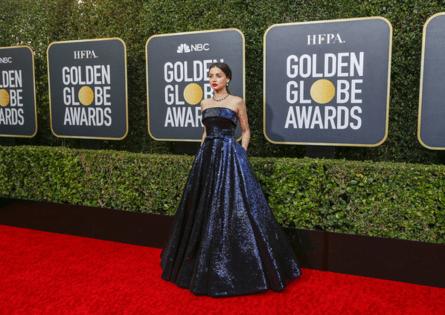 The director of the upcoming Marilyn Monroe movie insulted American audiences in a new interview after it was revealed the biopic will get an NC-17 rating.

An NC-17 rating is used to certify that a motion picture is of such a nature that no one aged 17 or under can be admitted. It’s the first Netflix film to be given that designation.

“I was surprised,” the “Killing Them Softly” filmmaker, 54, told Vulture of the rare rating in a new interview published Wednesday.

“I thought we’d colored inside the lines. But I think if you’ve got a bunch of men and women in a boardroom talking about sexual behavior, maybe the men are going to be worried about what the women think. It’s just a weird time. It’s not like depictions of happy sexuality. It’s depictions of situations that are ambiguous.”

Dominik went on to say that despite the prominence of sex in American culture, “Americans are really strange when it comes to sexual behavior, don’t you think?”

He added: “On the one hand, I think if I’m given the choice, I’d rather go and see the NC-17 version of the Marilyn Monroe story. Because we know that her life was on the edge, clearly, from the way it ended. Do you want to see the warts-and-all version or do you want to see the sanitized version?”

Dominik also believes the timing of the long-awaited film’s release later this year will impact how it’s viewed.

“If it had come out a few years ago, it would have come out right when Me Too hit and it would have been an expression of all that stuff,” he told the outlet. “We’re in a time now, I think, where people are really uncertain about where any lines are.”

Though “Blonde,” according to its director, “definitely has a morality about it,” he doesn’t believe it will turn out “as cut-and-dried as people want to see it.”

“There’s something in it to offend everyone,” Dominik vowed.

“Blonde” will be available to stream on Netflix in September.

Norm Macdonald, the late comic who kept his terminal illness a secret until after he died, had another secret up his sleeve: the posthumous release of a new comedy special.

You notice its cinematic qualities in the first episode of “The Essex Serpent,” a series debuting with two installments this week on Apple TV+.

"What I'm about to say might upset you, but I think it's better for our relationship if I tell you."

It's the moment that "Hacks" fans have awaited for nearly a year, after the HBO Max series ended its debut season with a...Read More

LOS ANGELES — Here's a partial list of the purchases Jerrod Carmichael made over the course of the pandemic:

A subscription to Duolingo.

Video games for the PlayStation 4.

Later, after it ...Read More