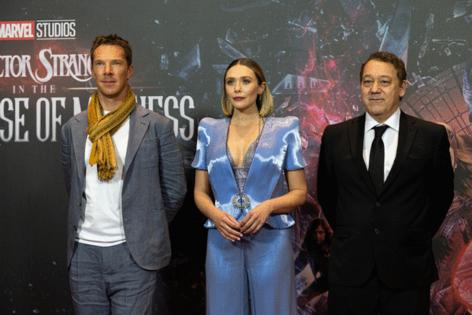 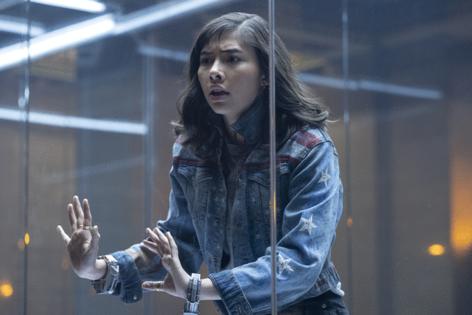 Nine years since his most recent film and 15 since his last in the superhero genre, Marvel's "Doctor Strange in the Multiverse of Madness" marks director Sam Raimi's reentry into moviemaking.

The filmmaker, who helped establish the genre with the original Tobey Maguire-led "Spider-Man" trilogy in the early aughts, said returning to the format for Marvel Studios (which launched in 2008 with "Iron Man") was drastically different than his time working on the Sony pictures between 2002 and 2007.

"It's very exciting to see how Marvel has streamlined their operation," he said. "It's a wonderful place to work. There was nothing like that to help you as a filmmaker when productions were all one-offs, before there was a company that simply saw to the integrity of the characters."

Raimi was tapped to direct after original "Doctor Strange" director Scott Derrickson stepped away from the sequel over reported "creative differences" with the studio. After taking a meeting with Marvel brass and discussing the script for more than an hour, Raimi was in. The following day he met with screenwriter Michael Waldron, and the two decided to overhaul the script entirely, just days away from when shooting was scheduled to begin.

Waldron, creator and head writer of Season 1 of "Loki," took on "Multiverse of Madness" shortly after completing the Disney+ series "so I was very plugged into everything MCU," he said. "As soon as I got brought on board, the first thing I did was read all of the 'WandaVision' scripts because they were in the process of shooting that. And I went back and watched most of Sam's films to try to [determine his strengths], in the same way that, if you're going to be writing for a particular actor, you want to write towards their strengths."

Those strengths included being a "tremendous visual filmmaker" as well as an "amazing leader," Waldron says. "Above all else he's unflappable under immense pressure, and believe me, we were under immense pressure for a long time. With Sam as our leader, it always felt like an adventure, never like a slog. The exciting thing was seeing how motivated all of that was by character, by story. Everything's only in service of the characters, and that was really fun. I learned so much."

"Because this production had already been going in pre-production, it was a little bit of a moving train," said Raimi. "We had a start date already, a composer and cinematographer had been hired, and production teams were setting up in London. Offices had already been acquired. But Michael and I wanted to tell our own story, so he really ended up rewriting the entire script from scratch."

"It was our job to keep it simple," said Waldron. "Sam did a great job of always reminding me that the movie needed to be accessible even to people who maybe weren't super well-versed in the MCU or in the multiverse and all this sci-fi stuff. We tried to make a movie that could be followed by somebody who maybe just stumbled into the theater off the street. That was our goal."

At the same time, juggling all the plot points and serving as a continuation of projects like "WandaVision," "Doctor Strange," "What If...?" and "Spider-Man: No Way Home" was "a lot," Waldron says. "It was a lot of weight for this movie to bear, and [simultaneously we had to] keep it focused on our central characters. You just want to find the heartbeats of your story," he said. "For us, it was Stephen Strange in his journey and Wanda in her story and letting those be your North Stars."

For Strange, that was confronting his potential for evil and making the conscious choice to remain good. "[In the film], our Stephen has been encountering increasingly cautionary tales of himself in the multiverse," said Waldron. "First the version that turned on America [Chavez] and tried to take her power. Then the truth of the Earth 838-Stephen that the Illuminati had to kill because he destroyed another universe. To meet a Strange who hadn't just made one bad decision or mistake but, rather, had consciously, willingly turned evil, was the final escalation for Stephen to really question whether or not he was actually as heroic as he believed."

After the second season of “Couples Therapy” aired on Showtime last year, a publicist hired by one of the couples reached out to offer an interview. “Couples Therapy” may be a high-minded nonfiction show but it ...Read More

That didn’t stop a viewer from reaching out to “Abbott Elementary” creator and star Quinta Brunson asking ...Read More

David Letterman may have given us more laughs than anyone in TV history. There's plenty of supporting evidence of it on his new YouTube channel, which is constantly being updated with classic clips from his past late-night...Read More

Kenny Loggins had already established himself as a pop star — first as half of the rootsy Loggins & Messina, then as a yacht-rocking solo act — by the time he became the unofficial king of the movie soundtrack in the ...Read More

Tom Cruise is back in the cockpit as U.S. Navy airman Pete “Maverick” Mitchell, 36 years after ...Read More