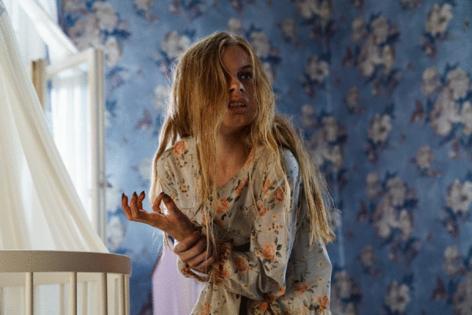 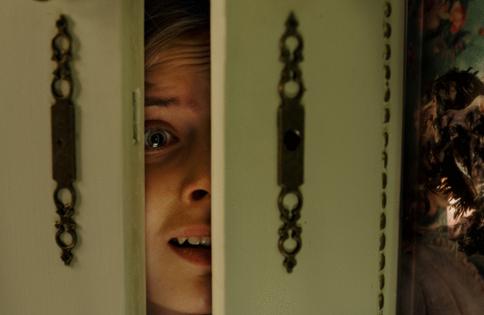 Somewhere in the future a woman named Sarah is informed that she has a terminal disease. "What are my chances?" she asks a doctor, poking around for an ember of hope. "Zero," the doctor says. "Life has thrown you a curveball."

But there turns out to be an upside to Sarah's predicament. In this world, those condemned by fate to die can have a clone made, a head-to-toe replica designed to stick around as a consolation for any loved ones being left behind. (In some cases, bereaved families have been known to prefer the replacement to the soon-to-be-barely remembered original.) This is kind of sad, but the departed never know about it, of course. And best of all, while clones are expensive, there's no need for the original humans to pay full price for one -- the clone itself will be billed for any still-pending debt. Welcome to the world!

Writer-director Riley Stearns ("The Art of Self-Defense") has taken this not-entirely-novel premise and spiffed it up with unexpected humor. The picture also benefits from a quietly uncanny performance by its star, Karen Gillan ("Guardians of the Galaxy"), who plays Sarah and her eventual clone as two identical women who are nevertheless very slightly different.

After receiving her diagnosis of doom and ordering a clone (it takes about an hour to create one), Sarah quickly realizes that this new facsimile is going to be a pain in the neck. The first thing Sarah 2 wants to do upon arrival is go clothes shopping. ("I may be a size smaller than you," she observes.) She'd also like to know more about this boyfriend. ("What's his favorite sex position?")

Sarah's biggest problem crops up after she is suddenly informed that her disease is in remission -- she's not going to die after all. Good -- she's ready to terminate the catty interloper. But there's a complication: clones can legally be "decommissioned," but if they've been kept around long enough to establish an independent presence they must be allowed to stay -- and to fight a duel to the death with their creator for existential preeminence. This forces Sarah to seek out a combat trainer, Trent (Aaron Paul), to instruct her in the uses of hatchets, crossbows, guns and other weapons provided for these contests (which have naturally been turned into a popular TV series).

Sarah and her clone have one year to prepare for their big battle. As the date draws near, Sarah, in a forgiving mood one day, gets in touch with her synthetic nemesis, who has a few complaints. Sarah's mother, for instance -- she calls Sarah 2 all the time and just wants to hang on the phone and talk. "She acts like I owe her my life," the frustrated clone says. "They already have a day for mothers. Isn't that enough?" Sarah sympathizes -- something of which her doppelganger is incapable. Sarah thinks she's been inconvenienced by this situation? Really? "It's my life, too," says Sarah 2.

Puberty, as a new movie from Finland emphatically reminds us, is a b---. Especially for those averse to giant wet-feathered birds popping up out of their unconscious and ripping their faces off.

You say you don't remember it that way? Well, it happened to a 12-year-old girl named Tinja (Siiri Solalinna), and it's her story that first-time feature director Hanna Bergholm tells in "Hatching."

Tinja lives in a tidy little suburban house with a picture-perfect family: gregarious Mom (Sophia Heikkila), gamma-male Dad (Jani Volanen) and proto-bratty little brother Matias (Oiva Ollila). One day a blackbird flies into their home through a living-room window. Tinja gently apprehends it and takes it to Mom, who smiles and snaps its neck. The bird survives, though. Tinja comes across it again out in the woods, and after beating its head to a bloody pulp with a rock, she lifts up its now definitely lifeless body to reveal a speckled egg. She unwisely takes it home.

We're in a feverish dreamtime here, of course. Half the things we see actually are happening -- like catching Mom with her hand on the leg of a hunky handyman ("What about we keep this between us?" she suggests) -- and half aren't, like the scene in which we see a huge mutant creature drooling all over someone's face. The egg, which Tinja keeps in her bedroom, swells up to the size of a really big beach ball, and ultimately disgorges a most unattractive inhabitant. (The effects crew that worked on this movie has credits that reach back to "Aliens," "Star Wars," and "Game of Thrones.") The story may be short on surprises, but the drool will stay with you.

Why do we love Nicolas Cage? How could we not? Like the protagonist of "Drive Angry," one of his many bad-or-at-least-baddish latter-day movies (it's the one in which he survives an encounter with Amber Heard), Nic has ...Read More