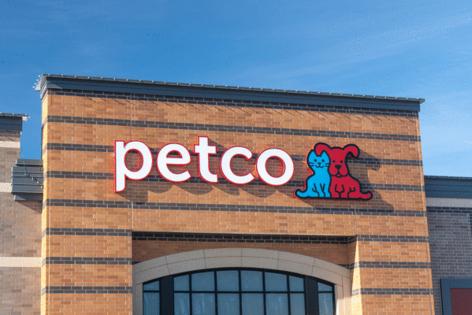 The animal rights group, People for the Ethical Treatment of Animals, filed a citizen's complaint on Tuesday with the U.S. Federal Trade Commission. It seeks an investigation and injunction. "Well-intentioned shoppers are getting duped into buying from Petco," PETA alleges.

The dispute centers on the American Humane Certified Seal of Approval. San Diego-based Petco is the first — and so far only — pet retailer to get the designation from American Humane — First to Serve. The 145-year-old organization is the world's largest certifier of animal welfare, including farm animal certification and the "No Animals Were Harmed" film certification.

Petco touted the designation as validation of its care and the overall condition of small animals, birds, reptiles, fish and other species provided by suppliers and sold at its stores.

But PETA alleges Petco has a documented history that discredits the designation.

In 2019, a dozen Petco stores were cited by the Colorado Department of Agriculture for more than 80 violations of the state's Pet Animal Care Facilities Act. Violations included filthy cages, belated veterinary care that led to the deaths of a gecko and ferret, excessive amounts of dead fish in tanks and inadequate temperatures in exotic reptile enclosures, according to PETA.

As recently as July 2021, a Petco supplier in Georgia was cited by the U.S. Department of Agriculture for neglect that included allowing cannibalization in hamster enclosures, the complaint alleges.

At a supplier in Pennsylvania, a manager pleaded guilty to animal cruelty in 2017 after the USDA initially found 117 violations and 36 animals in need of veterinary care.

"The fact that Petco is the first certified entity under this pet provider program is really telling — given the level of animal suffering and neglect that has been recorded at both Petco stores and its suppliers," said PETA Foundation Deputy General Counsel Jared Goodman. "PETA is calling on the FTC to investigate before any other companies as callous as Petco receive this meaningless certification."

A Petco spokeswoman reached by the Union-Tribune didn't provide a response by press time.