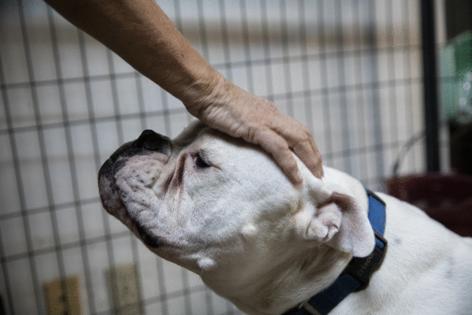 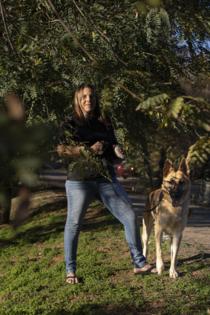 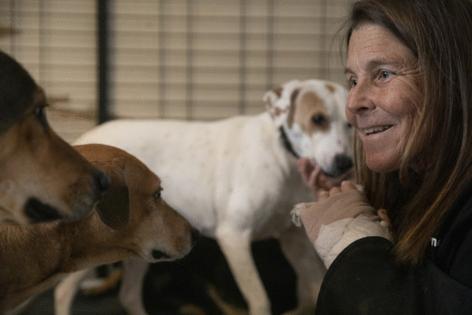 Then she got an email from a professional pet tracker offering some unusual dog recovery tips that blew Fry's mind.

"I lost a dog and was very fearful and didn't think anyone would be able to catch her. Then I got a call from this woman and I thought she was crazy. But sure enough, 10 days later that dog was in a trap in my driveway."

That was the beginning of a major life shift for Fry, a longtime Realtor who now dedicates all of her energies to her new nonprofit A Way Home for Dogs. The organization provides free tracking and recovery advice and services to find lost family dogs, as well as strays.

Since she started training as a tracker and trapper seven years ago, Fry estimates she has helped in the recovery of hundreds, if not thousands, of dogs throughout Southern California and beyond. Her unconventional recovery advice has also been featured on the website of TV's "Dog Whisperer" César Millán and in The New York Post.

Fry jokes that she dedicates "48 hours a day" to dog recovery, fielding up to 50 calls a day from pet owners seeking advice from as far away as Canada, Australia and England. She said she usually juggles about six cases at a time. On Fry's Facebook page (facebook.com/awayhomefordogs), she posts videos and stories of successful recoveries at least two to three times a week. Peak recovery periods are after the Fourth of July and New Year's Eve holidays, when fireworks spook many dogs to bolt.

Rita Rodriguez of Point Loma has been volunteering for Fry for the past four years. She helps care for the strays and rescued animals that Fry is rehabilitating and re-homing and she sometimes accompanies Fry on tracking missions. She said Fry goes above and beyond to help people, no matter the hours or the financial cost to herself.

"It's not a job for her, it's something she does 24/7. She takes calls in the middle the night," Rodriguez said. " She is very committed to helping these animals. Babs has a big, beautiful heart. Her heart is real. That's what I love about her."

For about 90 percent of the cases she takes on, Fry speaks with pet owners only by phone to create a tailor-made recovery plan for their dog based on its individual breed, temperament, past behavior and how it became lost. For the other 10 percent of cases, Fry goes out in the field herself, often sleeping for days at a time in her truck and using field cameras, rotisserie chickens, clothing bearing familiar scents and humane trapping cages to recover dogs. Most of her recovery missions take three to five days, but some can take a month or more.

That was the case one year ago this week for a 1-year-old Vizsla named Penny, who escaped from a boarding facility in Valley Center while her owners, Mike and Mandy Colafrancesco of San Marcos, were out of town on vacation. The Colafrancescos were amazed by Fry's tireless efforts on their behalf and her skill at tracking Penny down after she'd been missing for 34 days. The couple was also frustrated that Fry refused to accept any payment — even a canned drink or gas money — for her services. So instead, the Colafrancescos — Mike is a San Diego Fire captain and Mandy is an ER nurse for Palomar Health — repaid Penny's rescuer by underwriting the cost and filing the paperwork for Fry's new nonprofit (awayhomefordogs.com).

DEAR JOAN — Our dog, an 8-year-old mix of German shepherd, pit bull, rottweiler and many others, keeps digging in the garden. She seems to be eating dirt.

Why would she do this, and is there some way to prevent it? My ...Read More

(UPI) An Ontario, Canada, woman whose cat fled from her home in summer 2010 was reunited with the missing feline when her pet turned up at a shelter 12 years later.

The start of every new year predictably comes with the inevitable multiple lists of new year's resolutions, the blank canvas made to do things to improve your health, sleep, weight, or diet or decrease the negative ...Read More

DEAR JOAN — I witnessed a very bizarre incident recently involving two hummingbirds, and I know you will be able to decipher this avian oddity.

The two were furiously circling each other in the front porch area, which ...Read More

(UPI) A Chinese woman celebrated her dog's 10th birthday by hiring a team of 520 drones to put on a canine birthday-themed light show in the sky.