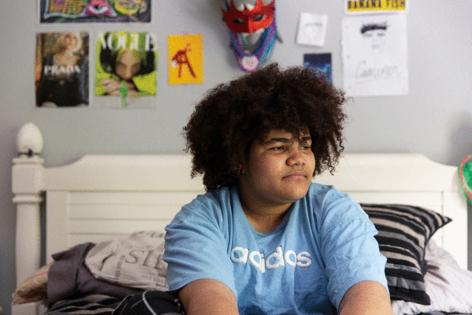 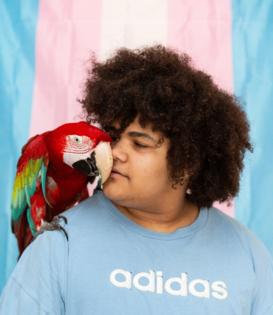 Cameron Wright, 16, has always seen himself as a “dude.” As a young child, Cameron didn’t have the words to explain the disconnect between how he saw himself and how the world saw him. But he knew that despite being born in a girl’s body, he was meant to be a boy.

After taking reversible puberty blockers that pause a teenager’s body changes, Cameron considered whether he wanted to begin hormone therapy to physically transition more permanently. He did not take the decision lightly. Cameron said his doctor made him spend almost a year mulling over the question, working with his therapist, and thinking through the life-altering implications before the doctor believed he was ready to start taking the medications in 2020.

“I thought about if I stayed a girl, life would be so much easier,” said Cameron, who uses the pronouns he and him. “But this is what I want, and I’m not going to let anything stop me from being who I want to be, whether it’s hard or not.”

Then in November 2021, the GENder Education and Care, Interdisciplinary Support clinic in Dallas, known as Genecis, stopped taking new patients for gender dysphoria hormone treatment because of pressure from Republican activists and politicians. Although doctors can continue to see patients like Cameron whom they were already treating, the clinic was dismantled. Cameron and his family now have concerns about what this means for them.

The Texas attorney general, Ken Paxton, also opened investigations into pharmaceutical companies whose products are used by transgender patients, and Republican Gov. Greg Abbott and the state GOP are increasingly focusing legislative and reelection efforts on a record number of bills that target transgender young people, their parents, and their doctors.

Since then, Texas Children’s Hospital in Houston announced it would stop offering hormone therapy. The Texas Tribune reported that Legacy Community Health, also in Houston, quietly paused hormone therapy for teens as well. And doctors throughout the state are telling patients they will no longer prescribe the medications under pressure from insurance companies.

Transgender young people and their families across Texas are now scrambling to find providers and maintain access to their medications, with some exploring options outside the state. An estimated 17,000 transgender people ages 13-17 live in Texas, according to Equality Texas, an LGBTQ+ education and advocacy organization.

For Chloe Ross, 15, who uses the pronouns she and her, the crackdown on her care has been distressing. “I’m just as human as everyone else,” she said.

Chloe’s doctor is still seeing her and prescribing her hormones. But her mother, Kathryn Ross, has started researching options for out-of-state care. The family has been saving money in case they need to move, Ross said, but they hope it doesn’t come to that.

“Having just moved, and Chloe making good friends, the last thing we want to do is uproot her,” said Ross. “Moving would be the last option.”