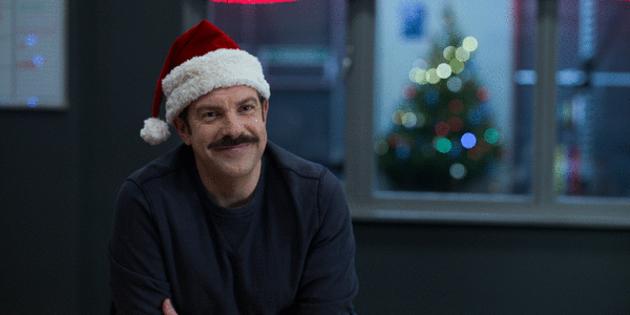 I just started watching "Ted Lasso" the other day. (I know I’m behind the ball on this one… and by the time this article is published, I will have binged both seasons!) As strange as it sounds to compare my job as a dating coach to Ted’s job as a soccer (ahem, football) coach, the more I watch, the more I feel the similarities.

If you haven’t seen the show yet (no judgment), Ted Lasso (played by Jason Sudeikis) is a coach from the United States who flies to England with no prior knowledge of soccer and is tasked with coaching a Premier League team.

Chaos ensues, of course. It’s a TV show, after all. The entire city calls Ted a “wanker,” which I will not define for you. Let’s just say it’s an insult you don’t want to be called. And no matter how well he coaches the team — and he’s quite good — if someone makes the wrong play, or someone tries to take all the glory and not play like a teammate (Jamie Tartt's character, played by Phil Dunster), then everyone sees it as Ted’s fault.

Yet, if the team wins, then everyone is Ted’s best friend.

What’s the difference? Ted did the exact same job as a coach. But the players are the ones who ultimately win or lose the game. And Ted cannot control that. Yet people’s perception of his “success” all depends on the final score of the game.

Now, as a dating coach, for some of my clients, I not only give dating advice, but I also manage their online dating accounts, all the way to the point of the date. In other words, I am selecting potential matches for the client on various online dating sites, corresponding with the person at the other end, and then actually setting up all the logistics of the date. It’s certainly an interesting job, to say the least. In this day and age, that “Platinum” package is quite popular because many people don’t want — or don’t know how — to put in the legwork, but they want the outcome, the date.

Let’s say it took me three hours to procure one date. Maybe I had to message 10 people to get two responses. And of those two responses, one ghosts my client. Then we’re down to one, and that is the one I’m able to arrange. I send my client all the details for the date, and then it’s no longer in my hands.

While in theory, the client understands that work went into choosing this person and getting that date on the calendar, all too often, if the date doesn’t go well, I’m somehow to blame.

But if it does, I’m praised.

Just like with Ted Lasso, all the prep work is the same. But I certainly can’t control whether two people like each other or whether someone may do something regrettable on a date, like drink too much or act rudely. Or not show up at all. A few messages on an online dating site can only predict so much.

Not to sound cliché, but two lessons are to be learned here:

1. The journey still exists, even if the destination is not what you hoped it would be. (In Ted’s case the coaching, and in mine, the procurement of dates.)

2. No one can control other people’s actions or behaviors.

So don’t put all of the weight on the game or the date itself — that’s only part of the whole picture. Some dates and games will go your way. And some won’t. But that doesn’t mean all the hard work to get there was for naught. It’s cumulative, so hopefully the next time will be better. And the next time even better. Until you start getting the outcome you want.

And if you don’t and all else fails, there are always other shows on Apple TV+.

The wonderful multi-award-winning producer, writer and director Norman Lear was being interviewed by Jimmy Fallon. Jimmy asked Lear, now 99 years old, what advice he would give to younger people.

Without missing a beat, ...Read More

Life is not an elevator. It is stairs all the way, and sometimes you go up a few and then back one or two. It’s one of the things we humans all have in common. You may think you can name people who are so happy they’re...Read More

Hi, my name is Erika, and I’m a dating coach.

Yep, same person. When feasible, I try to combine these two sides. (I actually started my business based on data I gathered and...Read More

I used to rent office space to meet with clients (now everything happens on Zoom… thanks, COVID-19), and that space was in downtown Washington, D.C. When I walked to the office (gotta love city living), I tried to avoid ...Read More

Losing a loved one is very hard. Suffering more than one loss at a time can turn into something clinicians call “complicated grief.” Along with depression comes a very low tolerance for any kind of loss. It could be as...Read More

What is dating? Many think it’s a means to an end (that “end” often being a relationship), but I would rather everyone look at it as more of a dynamic process.