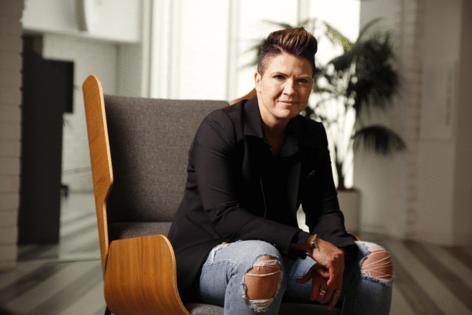 When Tinder announced in March that they were going to start testing low-cost background checks later this year, "The Daily Show's" Trevor Noah joked: "Before a woman goes on a date with you, she and her friends have already scrolled through your Instagram, and the Instagrams of everyone tagged on your Instagram."

If you've ever used a dating app (especially if you date men), then you probably have a multi-step system for screening potential suitors, even if you don't realize it.

My personal checklist looks something like this: Are they lying about their age? Do they have pictures? Do they have friends in those pictures? (Or a pet? Or a living plant?) Can I find their Instagram and LinkedIn? Does my gut say this man is only capable of hurting me emotionally?

We do this because sometimes it reveals that a new beau really does like hiking, and other times you find out you're in an episode of MTV's "Catfish." We do this because, for years, online dating companies looked at safety and basically said "that sounds like a personal problem"

But that sentiment has started to change. Over the past few years, thanks to external and internal pressures on tech companies to make social media apps a little less toxic, the world's biggest dating apps have started rolling out new safety features that suggest they think this is their problem too.

No one expects apps like Tinder — especially not Tinder — to end harassment and gender-based violence, but we at least expect the apps to care about safety as much we do. That is, after all, the foundation of any good relationship.

Last fall, Match Group — which owns Tinder and nearly every other dating app you've found love or been ghosted on — hired Tracey Breeden to lead safety and social advocacy.

You can learn a lot about a person — or at least a lot about how they want to be perceived — by their video chat set up. When I first spoke with Breeden this spring she was sitting in the office of her one-story ranch-style Phoenix home she shares with her partner, her niece, two dogs and a cat named Shadow. Breeden was wearing an "Empowered Women Empower Women" shirt. And in the background hung "Moving Forward," one of several paintings she owns by Dana Tiger, a Muscogee Nation artist from her home state of Oklahoma known for depictions of strong Native American women.

Officially, Breeden's job at Match Group is to coordinate safety efforts across the company's vast app empire and find organizations to cut down on in-app harassment and off-the-app violence. That's led to her spearheading the background check partnership; bringing in a domestic violence prevention group to review the way harassment is supported and advising on Tinder features like "Are You Sure?" (a warning for out-of-pocket messages); the ability to block contacts; and plans to introduce optional ID verification next year.

It’s no secret that men and women are different. I’ve been seeing that difference compounded in my clients when it comes to dating apps, like Tinder and Bumble. Men and women, regardless of orientation, use the apps in...Read More

These qualities are the ones we all wish for in a true friendship. If you have found someone who brings them to your relationship, I wish you a lifetime of mutual support and great times, because you both deserve it.

Millions of people are now back to work and loving it. Many never stopped and are still working remotely, and others are back at their offices and stores, meeting and serving the public. Even though a number of us are ...Read More

I browse hundreds of dating profiles every week (no, that’s not an exaggeration), and I tend to see some things over and over again:

“I like to travel and spend time outdoors.” Great, but who doesn’t?

Dating, always fun at first, often starts with a flurry of romantic text messages, frequent pinging of sweet sentiments, followed by in-person meetings. But more and more, it ends in silence — when one person disappears....Read More

For its first few years, Teleparty seemed doomed to be a niche product. The browser extension, which lets multiple people sync up their Netflix accounts so they can watch the same thing at the same time, was a hit among ...Read More