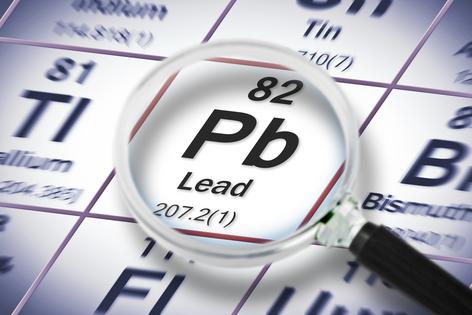 Through much of the 20th century, lead was a common part of American life. It was used in paints, plumbing fixtures, water pipes, and many consumer goods. Automobiles guzzled leaded gasoline to improve engine performance. Meanwhile, the medical community increasingly recognized the toxic effects of lead on the body, particularly in children. Since the 1970s, sweeping regulations have dramatically reduced lead exposure in our homes, products and environment.

Unfortunately, the lead poisoning epidemic is far from behind us. A recent study in JAMA Pediatrics found that more than half of children tested around the country had detectable levels of lead in their blood. Continued concerns have recently led the Centers for Disease Control and Prevention (CDC) to reduce the blood lead reference value, which is used to identify the highest-risk patients.

Here’s what you should know about the new guidelines, the sources and dangers of lead exposure, and how to protect yourself and your family.

How could I be exposed to lead?

Although consumer uses were banned by the federal government in 1978, lead-based paint remains the most significant source of lead exposure. In homes built before 1978, peeling, cracking, or otherwise deteriorating lead paint can be hazardous, along with the dust created from frequently touched surfaces such as doors, windows, and stairways. This exposure commonly arises from normal hand-to-mouth behavior in an environment with dust that is contaminated with lead. Young children are more likely to have elevated blood lead levels because of differences in how they interact with their environment. Nutrition also plays a role: if children have iron deficiency, they are going to absorb more lead from their gastrointestinal tracts than children without iron deficiency.

Other potential sources include:

Importantly, the burden of lead exposure is not uniform. Black, low-income, and immigrant populations are most likely to have elevated lead levels compared to the national average.

What are the health effects?

There is no safe level of lead in the body. Children under 6 years old are the most vulnerable because their bodies are rapidly growing and developing. Symptoms may not be present immediately, but exposure to even low amounts of lead can damage the brain and nervous system. Long-term effects on learning, hearing, attention, and behavior can occur.

In pregnant women who have been exposed, lead can be released from the bones and cross the placenta. This can impact the fetus’s nervous system and growth. There is also a risk of premature delivery or miscarriage.

Behind Florida’s decision to block clinical services for transgender adolescents is a talking point — repeated by the state’s governor and top medical authorities — that most cases of gender incongruence fade over ...Read More

How many times have you reached for a cookie without even realizing you were doing it? Or maybe you find yourself automatically stopping for fast food on your way home from work?

We often think that our food choices are a...Read More

As temperatures creep lower and we continue to lean fully into cozy season — stocking up on scarves and sweaters, sipping hot apple cider, baking every pumpkin spice recipe we can get our hands on — there’s a strong ...Read More

DEAR MAYO CLINIC: Every year I make one or more New Year’s resolutions that I have every intention of starting on Jan. 1. But I find myself losing momentum quickly into the new year when the holiday merriment starts to ...Read More

FORT LAUDERDALE, Fla. -- Someone at your office had COVID a few days ago and is now back at their desk in the cubicle next to yours. That can’t be okay, can it?

COVID still spreads to an average of 12,000 Floridians a ...Read More