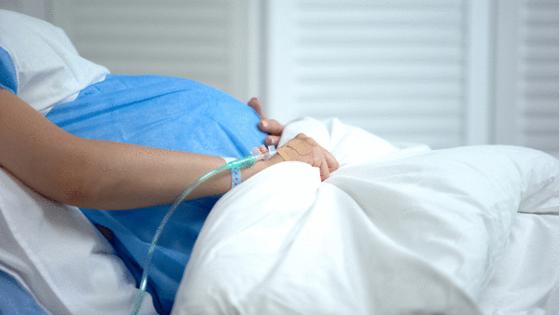 As the Supreme Court appears poised to return abortion regulation to the states, recent experience in Texas illustrates that medical care for miscarriages and dangerous ectopic pregnancies would also be threatened if restrictions become more widespread.

One Texas law passed last year lists several medications as abortion-inducing drugs and largely bars their use for abortion after the seventh week of pregnancy. But two of those drugs, misoprostol and mifepristone, are the only drugs recommended in the American College of Obstetricians and Gynecologists guidelines for treating a patient after an early pregnancy loss. The other miscarriage treatment is a procedure described as surgical uterine evacuation to remove the pregnancy tissue — the same approach as for an abortion.

“The challenge is that the treatment for an abortion and the treatment for a miscarriage are exactly the same,” said Dr. Sarah Prager, a professor of obstetrics and gynecology at the University of Washington in Seattle and an expert in early pregnancy loss.

Miscarriages occur in roughly 1 out of 10 pregnancies. Some people experience loss of pregnancy at home and don’t require additional care, other than emotional support, said Dr. Tony Ogburn, who chairs the OB-GYN department at the University of Texas-Rio Grande Valley School of Medicine. But in other situations, he said, providers may need to intervene to stop bleeding and make sure no pregnancy tissue remains, as a guard against infection.

Dr. Lauren Thaxton, an OB-GYN and assistant professor at the Dell Medical School at the University of Texas-Austin, has already heard about local patients who have been miscarrying, and couldn’t get a pharmacy to fill their misoprostol prescription. “The pharmacy has said, ‘We don’t know whether or not you might be using this medication for the purposes of abortion,’” she said.

Thaxton, who supervises the obstetrics-gynecology residents who have seen these patients, said sometimes the prescribing clinic will intervene, but it takes the patient longer to get the medication. Other times patients don’t report the problem and miscarry on their own, she said, but without medication they risk additional bleeding.

Under another new Texas abortion law, someone who “aids or abets” an abortion after cardiac activity can be detected, typically around six weeks, can be subject to at least a $10,000 fine per occurrence. Anyone can bring that civil action, posing a quandary for physicians and other providers. How do they follow the latest guidelines when other people — from medical professionals to friends and family members — can question their intent: Are they helping care for a miscarriage or facilitating an abortion?

Sometimes patients don’t realize that they have lost the pregnancy until they come in for a checkup and no cardiac activity can be detected, said Dr. Emily Briggs, a family physician who delivers babies in New Braunfels, Texas. At that point, the patient can opt to wait until the bleeding starts and the pregnancy tissue is naturally released, Briggs said. For some, that’s too difficult, given the emotions surrounding the pregnancy loss, she said. Instead, the patient may choose medication or a surgical evacuation procedure, which Briggs said may prove necessary anyway to avoid a patient becoming septic if some of the tissue remains in the uterus.

But now in Texas, the new laws are creating uncertainties that may deter some doctors and other providers from offering optimal miscarriage treatment.

These situations can create significant moral distress for patients and providers, said Bryn Esplin, a bioethicist and assistant professor of medical education at the University of North Texas Health Science Center in Fort Worth. “Any law that creates a hesitancy for physicians to uphold the standard of care for a patient has a cascade of harmful effects both for the patient but also for everyone else,” said Esplin.