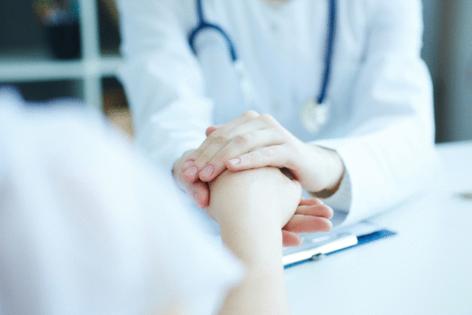 ROCHESTER, Minn. — A review article by Mayo Clinic researchers emphasizes that early onset colorectal cancer, defined as being diagnosed when younger than 50, continues to steadily increase in the U.S. and other higher income countries. This increase, along with a decline in later-onset cases due primarily to screening have shifted the median age at diagnosis from 72 years in the early 2000s to 66 years now.

We are seeing a significant increase in the numbers of younger patients with colorectal cancer at Mayo Clinic, as is occurring around the country. "It is important to recognize that most cases are without a known hereditary basis and have no identifiable cause," says Frank Sinicrope, M.D., an oncologist and gastroenterologist at Mayo Clinic Cancer Center in Minnesota, and an author of the study. The article was published in The New England Journal of Medicine.

"Public health measures are needed to address risk factors for colorectal cancer, beginning in adolescence, including poor dietary habits and physical inactivity, says Dr. Sinicrope." He notes that while the specific causes of early onset colorectal cancer remain elusive, data suggest that diets with high intake of red and processed meat, as well as refined grains and processed sugar can alter gut microbial composition, resulting in chronic inflammation, increased rates of obesity and a higher risk of colorectal cancer.

"Evidence suggests that a plant-based diet and more physical activity may help to promote a more a favorable gut microbiome, which in turn may reduce the risk of colorectal cancer," says Dr. Sinicrope.

He says ongoing research involving large cohorts and international consortia aim to identify early life exposures that are most relevant to the development of early onset colorectal cancer.

AUSTIN, Minn. ― People eat to fuel their body. This gives patients strength and stamina to power through the day.

At no time is this more important than when a person is undergoing treatment for cancer. Chemotherapy and...Read More

Head and neck cancers account for nearly 4% of all cancers in the U.S., according to the National Cancer Institute. These cancers are more than twice as common among men as women, and are diagnosed more often among people ...Read More

PHILADELPHIA -- Waltkeem Jenkins still feels traumatized after being jumped five times as a teenager in South Philadelphia, and robbed once at gunpoint.

His hardship, though, gives him credibility with patients at ...Read More

SACRAMENTO, Calif. — California Gov. Gavin Newsom on Friday announced that, beginning May 1, the state’s low-income health insurance would extend full coverage to all qualifying people who are 50 or older, regardless ...Read More

Q: Now that airlines have dropped mask mandates, is it OK to let my kids travel without masks?

A: The judge’s ruling striking down the federal mask mandate on public transportation and in transit hubs and the subsequent...Read More