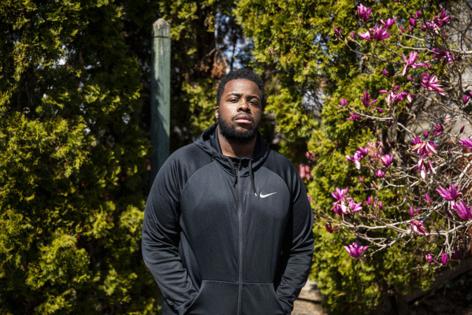 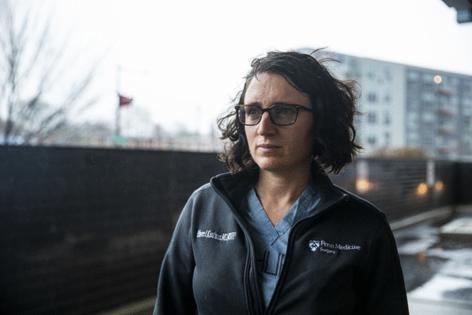 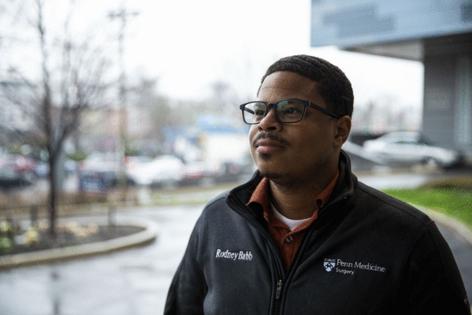 PHILADELPHIA -- Waltkeem Jenkins still feels traumatized after being jumped five times as a teenager in South Philadelphia, and robbed once at gunpoint.

His hardship, though, gives him credibility with patients at Philadelphia hospitals trying to better treat the lingering wounds of violent crime.

As Philadelphia endures another year of near-record killings and nonfatal shootings, Temple University Hospital, Penn Presbyterian Medical Center and Einstein Medical Center are among the city hospitals adding staffers like Jenkins who can address the emotional, as well as physical, toll of violent crime.

A March study from the University of Pennsylvania involving Black men found almost that half of those hurt either intentionally or in an accident experienced post-traumatic stress disorder, depression, or both within three months of their injury. Hospital workers who share these experiences can speak directly to the feelings of isolation that may overwhelm people after an injury. They are invaluable messengers to connect them to mental health support and other services.

The need for such services has accelerated along with the pace of shootings in the city. Last year, more than a third of Philadelphia’s nonfatal shooting victims were age 24 or younger, according to Philadelphia Police Department data, and about 75% of people shot in Philadelphia since 2015 have been Black men.

“Pre-COVID many of our assaults or injuries were school-based fights. In the last two years, we’ve seen a huge increase in gun violence,” said Laura Vega, who codirects the violence intervention program at Children’s Hospital of Philadelphia, which has offered peer support for young victims of violence since 2016.

Jenkins uses his experiences to bond with the patients that he works with at St. Christopher’s Hospital for Children. As a teen, he felt he couldn’t talk with family about the anxiety and depression that followed his multiple violent assaults, a common experience.

He starts building relationships with the injured with easy chats about hobbies, music, or sports. Not all are willing to accept help.

Jenkins’ work with a single patient can last months. He and a therapist visit homes of children after they’re discharged from the hospital. His conversations with patients can go deep — discussing the consequences if a youth is considering retaliation, and encouraging those recovering from wounds to open up about what makes them feel unsafe.

Q: I read a lot online about vaccines. Do kids really need so many shots?

A: Childhood vaccination has been one of modern medicines biggest success stories. In fact, vaccines for children have been so successful that we ...Read More

''The weather is changing....Read More

They might have a smelly-sounding name, but muskmelons, like cantaloupes and honeydew, are actually sweet fruits full of flavor and nutrients.

"Muskmelon is an overarching term that includes cantaloupe and honeydew. These...Read More

DEAR MAYO CLINIC: I was recently diagnosed with osteoporosis and my health care team suggested that I eat a bone-healthy diet to prevent more issues and maintain strong bones as I age. What is osteoporosis, and how can I ...Read More

DEAR MAYO CLINIC: I have been diagnosed with a mild case of irritable bowel syndrome, and I talked to my doctor about managing my symptoms without medication. I am interested in trying to focus more on diet to control my ...Read More