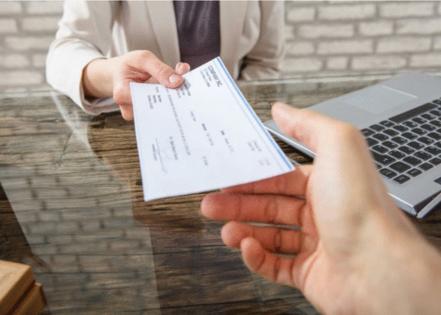 Inside the biggest wave of salary increases since 2008

Have American employers finally put more power behind the paycheck? The country's workforce is now seeing the highest wage increase averages in 14 years as evidenced by budget increases that companies dedicate to worker compensation.

Kazoo compiled a list of facts and statistics about what is causing these increases, combining research from employer surveys, business news articles, and the Bureau of Labor Statistics.

One major factor behind the increase in such budgets is inflation, currently at its highest level in 40 years. With the Consumer Price Index up 7.9% in February 2022, the increased cost of everyday goods such as gasoline and food means that wages have weaker buying power. Compensation has not kept pace with the rate of inflation nor the cost of goods and services.

Combine rising inflation with the Great Resignation, and employers have been confronted with a widespread need to hire new workers and retain current ones. In-demand skilled workers are in a position to seek top salaries and other benefits, among them remote schedules, flexible work days, and in some cases a four-day workweek.

As for currently employed workers, those who switch jobs are finding even bigger wage increases than if they had stayed where they were—a fact that’s been true since 2011, according to research by the Federal Reserve Bank of Atlanta. 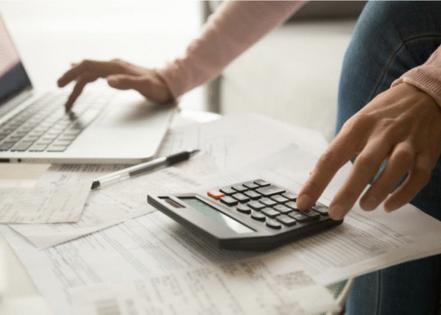 2022 employer budgets for raises had the highest increases since 2008

Employers in the U.S. are expected to increase their budgets for raises by 3.9% in 2022, the highest jump since 2008, according to a November 2021 Salary Increase Budget Survey by business research organization The Conference Board.

All companies maintain what is known as a salary increase budget, which is a pool of money set aside expressly for salary increases for the coming year. Employers had not expected this level of increase judging by their responses to an April 2021 survey. The findings indicated that respondents planned to raise their budgets by only 3%. The primary reasons for the jump are inflation and wage increases for new employees. 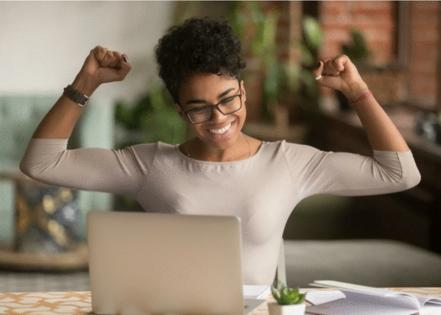 A survey by compensation consulting firm Pearl Meyer found that 99% of employers were planning to give raises in 2022.

Rebecca Toman, vice president of the survey business unit at Pearl Meyer, told CNBC that the percentage of employers planning raises was unusually high, though increases may not be entirely in line with worker expectations. The companies surveyed also said that they would be carefully watching inflation, which is a major driver behind wage increases. Toman said it was possible that employers could even add additional wage increases mid-year. 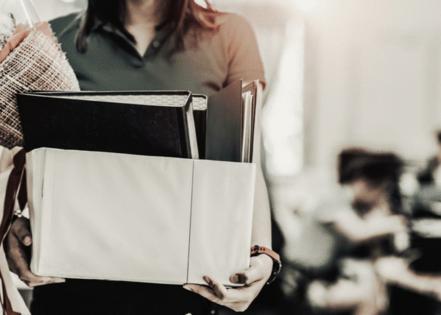 Employers are incentivizing workers to stay

Employers trying to keep workers amid the Great Resignation are turning to heftier than usual raises as a means of employee retention. Compensation consulting firm Pearl Meyer noted that after flat increases in the 3% range over most of the last 20 years, 2022 raises are expected to be above 4% for all employees.

This rise in wages is a direct reflection of employers responding to the triple hit of resignations, labor shortage, and inflation. Another firm, Grant Thornton, reported that 51% of human resource officials were expecting merit increases of more than 5%. Of those companies surveyed, 68% said that they had increased the number of employees eligible for a cash bonus. In February, the so-called quits rate was 2.9%, with 4.4 million workers resigning from their jobs, according to the Bureau of Labor Statistics. 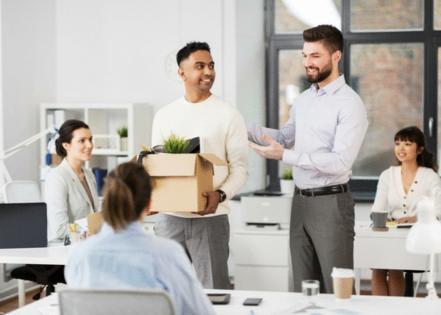 Employees who switch jobs typically see a bigger wage increase than if they stayed put. Workers who changed jobs saw an average wage gain of 4.3% in November 2021, according to the Atlanta Federal Reserve Bank. That compares to 3.2% for those who remained in their current roles.

Wage gains for people who changed jobs are up from 2011, according to the Atlanta Federal Reserve’s wage growth tracker, which uses data from the Bureau of Labor Statistics and the U.S. Census Bureau’s Current Population Survey. 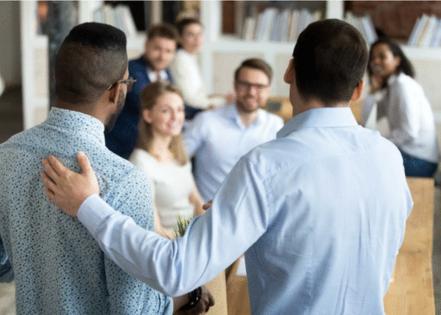 Nearly half of the companies surveyed by the Conference Board said that new hires contributed to larger wage budgets for 2022. One cause behind this has been a narrowing of the discrepancy in work experience-based wage levels.

As wage premiums based on experience have narrowed, experienced workers have been jumping ship for higher pay, forcing companies to also raise wages more quickly for less experienced workers in order to maintain their workforce. These high turnover rates, coupled with labor shortages, are providing workers with more power to demand higher pay as employers strive to attract personnel.

The unemployment rate was at 3.6% in March 2022, just slightly higher than right before the coronavirus pandemic shut down the economy in 2020. 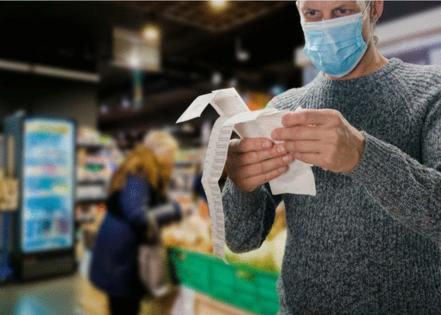 Inflation is a big reason for larger salary increases

The primary drivers of inflation have been rising costs of gasoline, food, and housing. The gasoline index alone rose 6.6% in February, accounting for nearly one-third of the overall increase during that month. Employers are now finding themselves in the position of having to raise wages in order to remain competitive within the jobs market as inflation is showing little sign of going down. 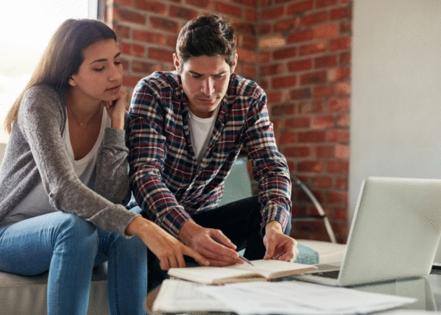 Employees who do receive a 3.9% pay raise will be measuring that increase against the 7.9% rise in inflation over the last year. Add in the fact that the costs of goods and services are expected to continue to rise, according to Treasury Secretary Janet Yellen, and the horizon points to inflation remaining at high levels late into 2022.

Even with record high raises, employees will be earning less in terms of real wages and thus experiencing reduced buying power. Real wage growth was down 1.4% year over year as of Q4 2021. 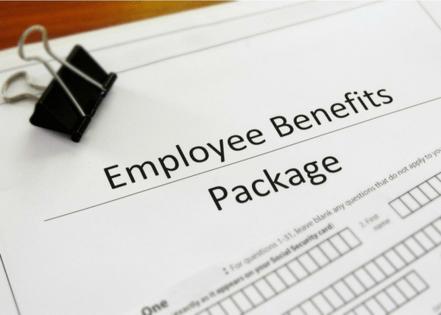 Companies facing more competition for talent are beefing up their benefits packages. In its 2022 Compensation Best Practices Report, based on a survey of more than 5,500 respondents, Payscale found that in 2021 nearly 66% of employers awarded individual bonuses and 59% offered bonuses based on company-wide performance metrics.

Other benefits are seeing increases, as well. Remote work increased 25% since 2021; and along with this, remote work stipends have jumped 8.3% over the same time. Moreover, flex time and mental health and wellness programs have seen increases, as has the four-day workweek. 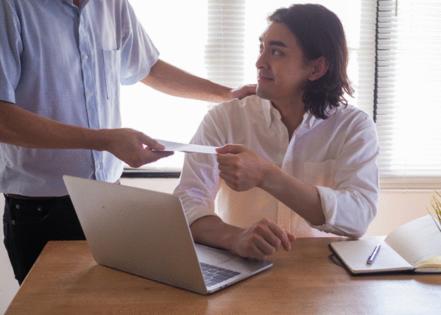 The BLS and the ADP Research Institute, which monitors payroll data, found that wages increased for job holders (5.9%) in large part due to fierce competition to retain workers. One reason behind this increase can be found in the 8% growth in earnings for those who changed jobs—a higher rate than that for those who retained their current jobs.

Employers were forced to try to keep up with a job market offering a lot of opportunities for experienced workers. Overall, wages and benefits rose 4.4% year-over-year as of December 2021, the largest increase in more than 20 years. 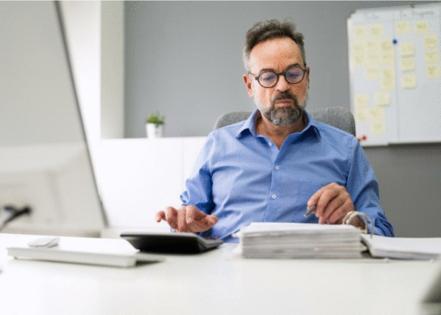 The biggest salary jumps last year went to those in professional business services, including accountants, lawyers, and consultants. New hires in those fields saw a 7.5% rise in wages in December.

For workers who remained in their jobs, their pay rose 6.3%, and for those who changed jobs, the increase went up to 12.2%. In addition to professional business services positions, sizable wage growth was experienced in the information technology, construction, and manufacturing fields.

This story originally appeared on Kazoo and was produced and distributed in partnership with Stacker Studio.

It’s a jungle out there—few places so much so as the world of “smart” advertising.

There, marketing geniuses have developed increasingly sophisticated algorithms that take all the information gathered about you...Read More

The U.S. is expected to experience an increase in demand for medical care—a trend that will be shaped by a demographic shift some callthe “gray tsunami.” Baby boomers, the generation born immediately after World War ...Read More

Real estate in the last few years has produced one of the hottest—if not the hottest—markets in the last quarter-century. With a limited number of houses for sale, competition is fierce and bidding wars abound.

In March, American consumer prices rose 8.5% from 2021, creating the sharpest increase in inflation since 1981. The average national price for gas climbed to an all-time high of $4.33 per gallon in March, driven ...Read More

As the age-old adage states: Time is money. That saying is never more true than when thinking about employees and the companies that pay them for their time, effort, and skill. Buddy Punch compiled a list of notable ...Read More

Every day on America’s roads, there are more than 800,000 vehicles with a distracted driver behind the wheel. That alarming statistic—along with the sobering fact that in 2018, more than 2,841 people died due to ...Read More