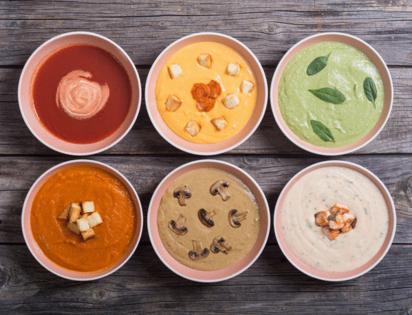 According to the NFL, last year's Super Bowl LVI amassed a viewing audience of around 208 million. But for all the millions of households that tune into one of the nation’s most popular televised events, some of us are simply uninterested.

Whether you’re either not into football, bitter because your team didn’t make it to the final two or just plain not wanting to tune into LVII this year, don’t fear. Take a look at these seven big-game alternatives instead.

As winter snow and rain continue to pummel most states, the air remains chilly. Rather than warming up with a popular Super Bowl menu item such as chili, for those anti-Super-Bowl watchers, hosting a souper bowl is the perfect toasty, tasty substitute.

Visit Love & Lemons (loveandlemons.com) for seasonal soup favorites like Butternut Squash Soup with three pounds of butternut squash, onion, fresh sage, garlic, ginger, rosemary and a vegetable broth base, topped with chopped parsley, toasted pepitas and ground black pepper. Include some fresh sourdough bread bowls and soft focaccia bread. Bust out a few board games like Blank Slate — perfect for the new year — inviting players to predict and match which word best completes a phrase of a fellow player.

Some people may be chomping at the bit to barrel into the new year, running shoes dusted off and new duds ready to don to the world. But others, who in addition to their football rebellion, may also feel less "full steam ahead." In this case, the cereal bowl is the perfect party gathering.

Invite anyone seeking (or perhaps are in need of) a slowdown to suit up in their coziest pajamas, favorite cereal in hand, and head to your house. As host, provide a variety of cereal toppers — milk, almond milk, oat milk, soy milk — ready for pouring. Either pick a new movie or show to stream and don’t forget extra pillows, blankets and beanbags for optimal lounging.

Valentine's Day is so intertwined with chocolate that the two are almost synonymous. Yet it doesn't have to come in a red, heart-shaped box to make your special someone(s) feel the love on Feb. 14. A really good chocolate ...Read More

Forget flowers. This Valentine’s Day, say it with chocolate sauce.

What could be a better expression of love, affection or even romantic interest than serving a dessert topped with a chocolate sauce you made yourself?

All you need to make the easiest appetizer of the season is already in your fridge.

It's an idea so simple that it's hard to believe nobody has thought of it before. Butter boards are without question the best way to ...Read More

André Darlington was just a kid when he experienced his first cocktail parties. This being the 1980s — and Darlington having a concert violinist for a father — these were fussy, formal affairs with chafing dishes, too...Read More

Some people call them resolutions, others goals, and there are even those who may refer to them as a little pointless. But regardless of semantics, New Year’s fill-in-the-blanks offer an opportunity for a clean slate.

Popping a cork on New Year's Eve doesn't have to pop the budget. Wines with bubbles range wildly in price: a bottle of 1998 Krug Clos d'Ambonnay will set...Read More