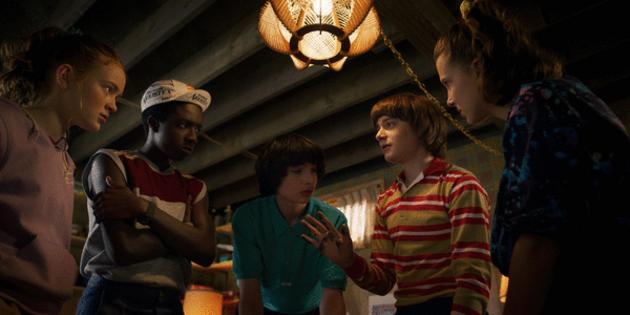 Streaming TV viewership topped cable for the first time in July, according to measurement firm Nielsen, marking a symbolic milestone in the entertainment industry's migration from traditional pay-television bundles to direct-to-consumer services.

Streaming notched a record 34.8% of total television consumption last month, while cable accounted for 34.4%, Nielsen said. Broadcast television took up 21.6% of viewing. Though streaming has surpassed that of broadcast before in Nielsen's tallies, this is the first time it has also beat cable viewing, the company said Thursday.

The increase in streaming's share of the entertainment market is another sign of changing consumer habits. This comes even as subscriber growth has started to plateau for digital video services in the U.S., causing headaches for media and entertainment companies trying to transform their businesses.

Streaming viewership rose 3.2% from June and averaged about 191 billion minutes a week, Nielsen said. Among the streaming services, Netflix took up the largest chunk of TV viewing at 8%, thanks largely to the blockbuster fourth season of "Stranger Things." Total streaming was up 23% from the same month last year.

Nielsen's monthly snapshot, which the company calls "The Gauge," includes viewing on television screens, but not mobile devices and laptops, where much streaming viewership takes place.

But streaming's victory in July wasn't just because people were watching more Netflix, Prime Video, Hulu and YouTube. It also came about thanks to viewers watching less cable TV.

Cable viewing fell 2% from June and declined 9% from a year ago. Sports viewing dropped significantly, as there was little for fans to watch in July other than baseball. Sports programming was down 15.4% from June.

So cable could reclaim the mantle in subsequent months as major sports leagues such as the NFL and NBA return to TV for their regular seasons.

Broadcast TV is also in the midst of its typical summer lull as the big networks gear up for the fall season.

Nonetheless, Nielsen's latest data, plus an acceleration in cord cutting, bolster the notion that audiences are increasingly gravitating toward streaming and away from linear channels. Streaming viewership has regularly set records on the Gauge since Nielsen introduced it in May 2021.