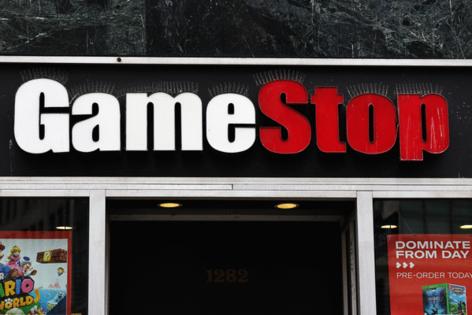 The finance world, which is constantly on the lookout for rules and laws it can break in the interest of making more money, may have come up against the one law that can't be broken: the law of gravity.

Over the last few weeks and months, almost every financial asset has come hurtling back to Earth after high-altitude flights.

That includes conventional stocks and bonds, which have spent most of 2022 in the red. But fad assets such as cryptocurrencies, nonfungible tokens (NFTs), blank-check companies (or SPACs), and meme stocks such as GameStop, have taken the biggest hits.

So too have "story stocks" — those that trade more on popular expectations or grand conjecture than traditional financial analysis.

They include shares in companies that rose by providing goods or services that experienced high demand during the pandemic — exercise bike maker Peloton, for instance, down a sweat-inducing 93% from its peak of $171.09 in January 2021, and teleconference firm Zoom Video Communications, down 85% from its peak of $588.84 in October 2020.

Then there's electric-car maker Tesla, perhaps the most prominent story stock in the market today. Tesla shares trade largely on followers' faith in the wisdom of its chief executive, Elon Musk. In Wednesday's trading the shares fell $66 to $734, a decline of 41% from their peak of $1,243.49, reached Nov. 4.

Tesla's price shock could have any of several reasons, as I wrote last month. Among them is concern about Musk's dalliance with a new plaything, namely Twitter, which he is proposing to buy in part by borrowing against his Tesla shares in a way that could force him to sell some stock if the price continues to fall. (Bloomberg estimated that point at $740, meaning that a margin call may already have been sounded.)

Or the market may finally have recognized that Tesla shares were overpriced in relation to its actual financial prospects.

Put it all together, and investors large and small may have the feeling that they have nowhere to hide.

As Joshua M. Brown of Ritholtz Wealth Management puts it on his blog The Reformed Broker, "The unicorns are being gelded, reins pulled in, their horns knocked off with a croquet mallet.... Realism is rapidly setting in."

It’s not the first time he’s fallen short, backed out or abruptly changed course after making a big, showy promise of innovation. In ...Read More