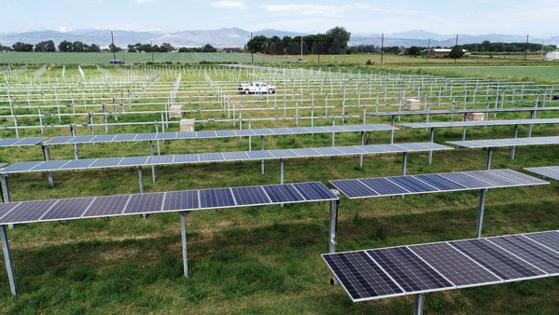 A federal investigation into whether China is getting around tariffs on solar panels has Colorado’s expanding solar energy industry warning of layoffs, soaring prices and lights out for new projects.

In January, industry representatives and the U.S. Energy Information Administration were predicting 2022 would be a busy year for new solar power generation. Now, the Department of Commerce is looking into claims China is routing its panels through other countries to circumvent U.S. tariffs, which, if confirmed, could result in huge tariffs that might be retroactive to November 2021.

Four Southeast Asian countries being scrutinized account for more than 80% of the U.S. imports of solar panels, and tariffs on the products could ultimately jump by 50% to 250%. The situation threatens the U.S. solar industry and efforts in Colorado and nationally to cut greenhouse-gas emissions and boost the use of renewable energy, said Mike Kruger,president and CEO of the trade group Colorado Solar and Storage Association.

“We’re probably going to see job losses over the summer at a time when we shouldn’t because customer demand continues to be through the roof,” Kruger said.

At least 70% of Colorado solar companies have said they could face laying off or furloughing employees, Kruger added.

The solar association has filed a notice with the Colorado Public Utilities Commission that the investigation is causing “severe uncertainty” for the industry, which might have to delay and cancel projects or renegotiate deals.

“We have pulled everything from our pipeline that we were going to build for this year except for one project,” said David Amster-Olszewski, founder and CEO of SunShare, a leading community solar company based in Colorado.

About 70% of the respondents to a survey by the Solar Energy Industries Association said at least half their workforce and $52 billion of investments in large-scale projects across 39 states are at risk. In Colorado, 75% of businesses reported delays in getting supplies or cancellations of orders and threats to $870 million worth of projects.

The Commerce Department started an investigation April 1 into claims by Auxin Solar, a California solar panel manufacturer, that China is evading tariffs by funneling its products through Cambodia, Malaysia, Thailand and Vietnam. The tariffs imposed during the Obama administration are intended to prevent government-subsidized solar panels made in China from unfairly competing with U.S.-made panels.

A problem, Kruger said, is that U.S. solar panel production is small and doesn’t generate “anything near enough to meet the demand.”