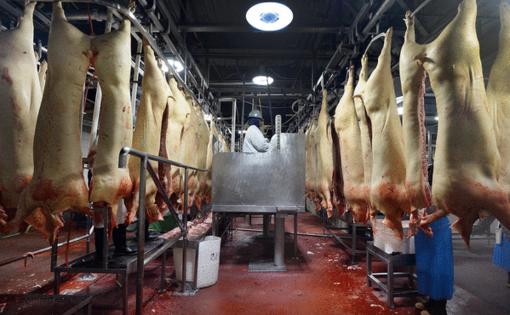 The nation’s biggest meatpackers ignored warnings that COVID-19 was spreading through their plants, hyped claims of impending shortages and helped draft a Trump administration order to keep the facilities running during the early days of the pandemic, a congressional investigation found.

A report released Thursday by a House panel examining the nation’s pandemic response portrayed a coordinated campaign by major meatpacking companies and their Washington lobbyists to enlist senior officials of then-President Donald Trump’s administration in an effort to circumvent state and local health departments’ attempts to control the spread of the virus in meatpacking facilities.

Democratic Representative James Clyburn, who chairs the panel, said “shameful conduct” of meatpacking executives “prioritized industry production over the health of workers and communities, and contributed to tens of thousands of workers becoming ill, hundreds of workers dying, and the virus spreading throughout surrounding areas.”

Meatpacking plants were an early epicenter of the virus and seeded coronavirus in surrounding communities, with subsequent studies showing counties with large meatpacking facilities experiencing dramatically higher caseloads in the early phases of the pandemic than similar areas without such plants. Employees worked sometimes elbow-to-elbow on cramped, cold production lines that fostered spread of the disease.

At least 59,000 workers at the nation’s five largest meatpacking companies were infected with the coronavirus during the pandemic’s first year and at least 269 of them died, according to the report. The five companies are Tyson Foods, JBS USA Holdings, Smithfield Foods, Cargill Inc. and National Beef Packing Co.

Even in late May 2020, after outbreaks at meatpacking plants captured national attention, an executive at Koch Foods grumbled to an industry lobbyist that temperature screenings of employees entering facilities is “all we should be doing,” according to an email exchange quoted in the report. The lobbyist agreed, responding, “Now to get rid of those pesky health departments!”

The House Select Subcommittee on the Coronavirus Crisis concluded that warnings in April 2020 by top executives at Tyson and Smithfield that the nation was on the verge of a meat shortage were “baseless,” citing emails from industry representatives describing the statements as “intentionally scaring people” and “whipping everyone into a frenzy.”

The panel found that Tyson’s legal department drafted the executive order Trump issued in April 2020 as COVID-19 spread through the plants invoking the Defense Production Act to ensure meatpacking plants “continue operations.” Trump issued the order less than a week after a meatpacking industry representative shared the draft with Trump political appointees at the US Department of Agriculture, according to the report.

Kelly Services Inc. is exiting Russia after 25 years of operations there and will "actively explore" a transition of its 8,400 employees in the country, the Troy, Michigan-based management company said in a statement on ...Read More

Pennsylvania's beleaguered pension fund for educators has hired yet another outside law firm — this time to consider suing the consulting firm that admitted botching a key profits calculation in an error that has ...Read More

The animal rights group, People for the Ethical ...Read More