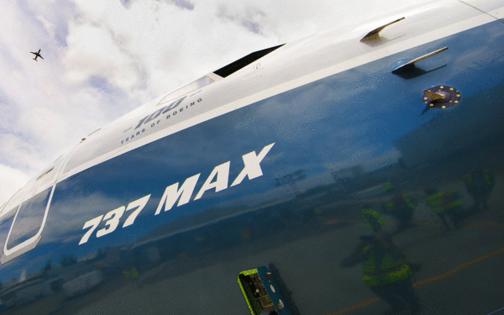 The indictment alleges he deceived both the Federal Aviation Administration and airline customers by withholding information about the Max’s new flight control system, called the Maneuvering Characteristics Augmentation System, or MCAS.

“In an attempt to save Boeing money, Forkner allegedly withheld critical information from regulators,” said Chad Meacham, acting U.S. attorney for the Northern District of Texas. “His callous choice to mislead the FAA hampered the agency’s ability to protect the flying public and left pilots in the lurch, lacking information about certain 737 Max flight controls.”

Because of his alleged deception, the pilot manuals for the Max lacked any mention of MCAS.

The Department of Justice said Thursday that around November 2016, Forkner discovered information about an important change to MCAS, when Boeing changed the software so that it operated at certain lower speed conditions instead of only in a high-speed turn as originally intended.

Forkner allegedly withheld this information intentionally from the FAA.

This showed a “blatant disregard for his responsibilities and the safety of airline customers and crews,” FBI Assistant Director Calvin Shivers said.

Forkner is charged with two counts of fraud involving aircraft parts in interstate commerce and four counts of wire fraud.

He is expected to make his initial court appearance Friday in Fort Worth, Texas.