Mamas, don’t let your babies grow up to be brainless 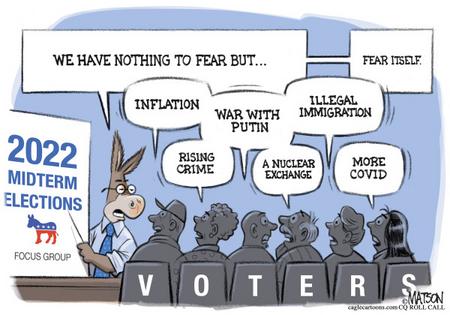 Millions of others know in their hearts that they don’t want to have children, or at least not on someone else’s timetable.

Many in both groups run the risk of someday facing an unplanned, unwanted pregnancy.

Society assures us these women always had only three choices: get an abortion, endure 18 years of servitude or go through an emotionally wrenching adoption.

There is another option for these women (and their “lovers”): be proactive and consider displaying a little common sense upfront.

Rape, incest and those doggone substandard condoms are the usual scapegoats when an unintentional pregnancy develops, but those statistics are vastly overrated.

Let’s be honest: we see hundreds of thousands of “surprise” pregnancies year after year after year because (a) people are “dating” under the influence of alcohol, drugs or intense peer pressure, (b) women shack up with lowlife bums who molest their daughters and (c) couples take stupid, stupid shortcuts.

There. I said it.

After the Academy Awards incident between Will Smith and Chris Rock, I started wondering how many of my gentle readers have resorted to physical violence in their adult life.

If you have a habit of forgetting names as soon as you’re introduced, join the club.

In all fairness, I have a mind like a steel trap when it comes to appointments, debts and trivia; it’s ...Read More

A tiny portion of my “day job” at a farm-and-home cooperative involves writing radio commercials and on-hold phone messages.

More often than I like to admit, I get stuck for a closing ...Read More