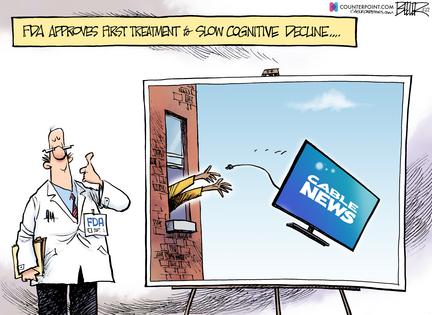 In mid-1971, I experienced a most distressing visit to the dentist.

A TV fan magazine in the waiting room divulged life-changing news. Irene Ryan (who portrayed Granny on “The Beverly Hillbillies”) told an interviewer she was madder than a wet hen - because CBS had canceled the beloved sitcom after nine seasons!

TV historians regard this as part of the “rural purge” of the early 70s. “Petticoat Junction” and “The Jackie Gleason” show had disappeared a year earlier, and “Bonanza” and “Gunsmoke” would hang on until 1973 and 1975, respectively. But fall 1971 was the epicenter of a major upheaval in programming.

Part of the change arose because networks were ceding the first half-hour of prime time to local affiliates. Veteran stars pricing themselves out of a job also played a part. But mostly, after two decades of indiscriminately pursuing the largest possible audience, the TV networks decided to cater to the most affluent demographic groups.

Yes, the programmers and Madison Avenue would tickle the fancy of trendy, malleable audiences, not the world-weary, tradition-bound consumers who recognized a snake-oil salesman when they saw one.

This emphasis on being edgy, hip and relevant to urban young adults spelled bad news for programs that attracted too many children, seniors and country folks.

I will grudgingly admit that this network disdain for kids, codgers and Cletuses – while producing only a handful of “city slicker” hits in the autumn of 1971 – would eventually make room for crowd-pleasers such as “M*A*S*H,” “Maude,” “The Bob Newhart Show,” “Sanford and Son,” “Rhoda” and “Barney Miller.”

Still, as a former youngster, a current senior, a lifelong small-town resident and a father apologizing that all the DVDs chronicling the porcine misadventures of Arnold Ziffel have been exhausted, part of me resents the elitism of the bicoastal TV executives.

True, over the years they have occasionally tossed the hicks in “flyover country” a bone (“Dukes of Hazzard,” “Sheriff Lobo,” “Lonesome Dove,” etc.). But they’ve never really apologized for five decades of forgettable “sophisticated” shows that fizzled with critics and Nielsen ratings families alike.

Early on the morning of September 11, 2001, I was a newly minted warehouse supervisor for a farmers cooperative.

I can remember almost exactly where a customer’s truck was parked when I overheard him telling one of my...Read More

Correction: The column has been updated with the correct name of the Trapp Family Singers.

According to CNN, pandemic fears and enhanced unemployment benefits have left the nation facing a serious shortage of ...Read More

According to the Wall Street Journal, the fledgling online gambling industry is poised to explode in popularity.

This season, the NFL for the first time is permitting sports-gambling companies to advertise during games....Read More

According to CNN, pandemic fears and enhanced unemployment benefits have left the nation facing a serious shortage of qualified school bus drivers.

The problem is acute, despite districts implementing recruitment ...Read More

Eagerly anticipated as in my wife taking ...Read More

Eagerly anticipated as in my wife taking the Charlton Heston role of ...Read More