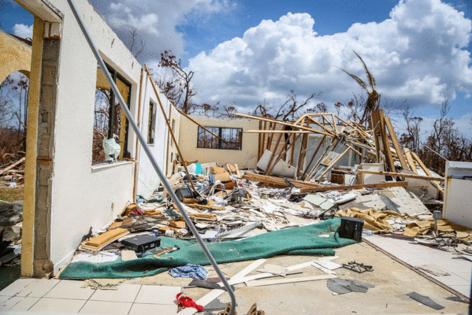 ORLANDO, Fla. — During the this week’s National Hurricane Conference in Orlando, a Colorado State University professor proposed a better a way to predict the damages of a devastating hurricane — do away with the Saffir-Simpson Hurricane Scale.

Hurricane specialist, Philip Klotzbach, spoke Tuesday at Orlando’s Rosen Centre hotel about his crusade in doing away with the famous wind scale in favor of measuring surface pressure, the force exerted on the sea surface by the air above, as a better metric to predict hurricane damages.

Klotzbach spoke Tuesday to a standing room-only event during the four-day biannual Orlando conference, which showcases experts, authorities and entrepreneurs from all over the country versed in climatology, emergency management and tropical phenomenon.

His pitch was simple: replace the wind scale for a pressure scale. Klotzbach is not the only person supporting a movement of using pressure over wind, and Tuesday was not the first time the CSU professor pitched the idea. During the 2020 hurricane season, Klotzbach and other meteorological scholars, published a paper about the subject, but it went largely ignored and overshadowed by a storm of a different nature — the COVID-19 pandemic, Klotzbach said.

“Frankly, I think to get attention, we need a large hurricane like a Hurricane Ike, which was a Category 2,” Klotzbach said. “People said, ‘Oh, it’s not a major hurricane, I’m not going anywhere.’ And then, you know, 15-20 feet of storm surge in the Baltimore peninsula, and all those people lost their lives.”

The Saffir-Simpson scale, which ranks hurricanes based on wind strength from categories 1 through 5, was first made in 1971 by civil engineer Herbert Saffir and meteorologist Robert Simpson, according to the National Oceanic and Atmospheric Administration. Since then, the scale has become the most used tool in communicating a storm’s strength to the public.

“It became more than just the wind, it became kind of the overall damage that the storm was likely to cause,” Klotzbach said.

Earlier versions of the scale in the ‘70s do incorporate central pressure as a metric, but it was removed for reasons that aren’t clear.