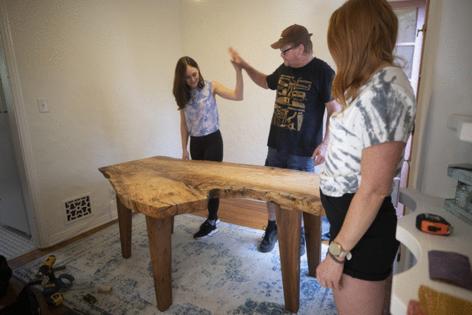 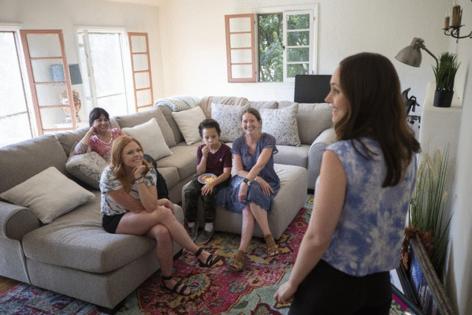 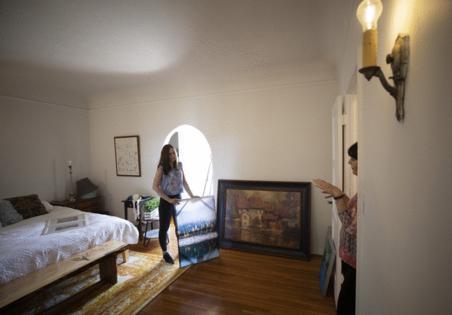 LOS ANGELES – Nearly every evening after dinner, Mary and Melissa Anderson walked together along the rural road stretching out from their home.

The one-mile journey amid groves of walnut trees became a safe space for mother and daughter. The walk was always the same, to the nearest stop sign and back, but the conversations ranged wide and deep.

“I don’t know anybody like I know Melissa,” said Mary, 58. “You raise your kids to grow up, and somebody else gets to meet them like this, as adults. But now I get to know her like this.”

The pandemic pushed millions of young adults to live with their parents as college campuses shuttered, businesses reduced their hours and social isolation wore down people’s mental health. In July, 52% of Americans 18 to 29 years old lived with a parent, making it the most common living arrangement for people in that age group and the highest level recorded in at least a century, according to the Pew Research Center.

The experience wasn’t always easy, as families forced together also grappled with financial struggles, domestic strife and the threat of contracting an illness that has killed nearly 600,000 Americans.

But for some lucky families, the unexpected time together often felt like a gift, a bonus year to bond with parents and siblings. And for the luckiest, like the Andersons, that time was a revelation.

Melissa, 29, is the third of four daughters. She hadn’t spent much time alone with her parents until she packed up her Los Angeles apartment last summer and moved in with them in Gridley, about an hour north of Sacramento.

But over several months, the three Andersons formed a bond that more resembles a friendship among peers than a parent-child relationship.

Melissa spoke up when things bothered her, which she hadn’t always done in the past. Mary and her husband, David, learned they didn’t have to shield Melissa from problems, nor feel responsible for hers. During a stressful year, they took care of one another.

“Normally you look to your parents as reassurance that everything is going to be OK, but we were all on the equal playing field of being scared and being in the unknown, and I think that allowed us to know each other better,” Melissa said. “I think they know me probably better than anyone else now.”

So far in their young lives, the Heinrich brothers of Manchester, Connecticut, have shared two powerful moments.